Striga, a parasitic weed (also known as Witchweed,) has long been a problem in African nations; causing farmers to lose billions of dollars’ worth of crops annually. To make matters worse, the weed flourishes in conditions that characterise that of poor farming communities (small plots, mono-cropping, lack of oxen and natural manure and lack of agricultural inputs.)

According to Dr Mel Oluoch project manager of the Integrated Striga Management in Africa (ISMA), “With an estimated 21 million hectares of African farmland infested, Striga is a major threat to food security in the continent.”

However, the International Institute for Agriculture and Technology(ITTA) have developed three resistant maize seed varieties. These varieties are coated with a protective layer and contain a gene which is resistant to the herbicide Imazapyr. This allows the herbicide to be used on the weeds through the inhibition of the enzyme required for protein synthesis and cell growth leaving the crop undamaged.

Around 6,000 farmers in Kenya have been trialing the new resistant crops for one and a half years and have found some very encouraging results.

Dr Oluoch explained that there is room for further growth and distribution of the resistant seed varieties through partnerships with companies. One such company is Kenya Seed, who have produced 66 tonnes of seeds that use Imazapyr coating technology and have distributed them to over 27,700 smallholder farmers. 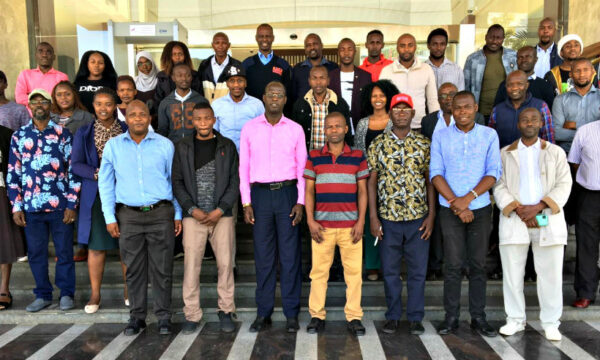