This article was originally published by Virginia Tech Daily

The implementation of integrated pest management strategies is improving livelihoods and bringing billions of dollars in economic benefits to developing nations.

That’s according to findings of a review published recently by Virginia Tech researchers George Norton, Muni Muniappan, and Jeff Alwang and researcher Menale Kassie from the International Centre of Insect Physiology and Ecology in Kenya. Together they document more than $12 billion in economic benefits as a result of integrated pest management application, which more than pays for all the funds spent globally on IPM.

The research is a compilation of case studies in Asia, Africa, Latin America, and the Caribbean that contest the long-held assumption that IPM does not contribute substantial economic benefits to the developing world. Discovering such high economic returns has important implications for nations searching for a pathway out of poverty and food insecurity.

“The assumption that IPM, or ecological practices more generally, are not suitable for the developing country context stems from a lack of information,” said George Norton, a professor in the Department of Agricultural and Applied Economics in the College of Agriculture and Life Sciences. “This study provides information to demonstrate that IPM can generate major economic benefits, especially when targeted at particular pests.”

IPM involves the introduction of a combination of agricultural practices to manage pest and disease problems. It grew out of the desire to minimize the overuse of synthetic pesticides. Many believe IPM is less suitable for developing countries, given their often-limited access to resources. However, at the core of IPM is allowing farmers to select certain crop practices — including pruning, using insect traps to monitor pest spread, biocontrol, the application of bio-pesticides, and more — that are most appropriate for their social, economic, and environmental conditions.

The findings appear in a chapter in “The Economics of Integrated Pest Management of Insects,” edited by David Onstad and Philip Crain. It highlights not only IPM success stories, but also economic analysis more generally as a critical decision-making tool for effective crop management.

Virginia Tech’s Feed the Future Innovation Lab for Integrated Pest Management has implemented sustainable, IPM-based strategies in the developing world for over a quarter of a century. Some of the program’s economic impacts are documented in the chapter’s case studies, including the program’s implementation of biocontrol to manage the papaya mealybug in India in 2014, which brought up to $1.4 billion in economic benefits to the country.

“The implementation of sustainable technologies isn’t just beneficial for the environment,” said Muniappan, director of the IPM Innovation Lab. “Rather than providing just one pathway to producing healthy plants, IPM offers many that farmers can choose from, which is helpful for communities whose access to economic resources is often changing.”

Other case studies of IPM practices with high economic returns were highlighted in the chapter:

– Biocontrol of the cassava mealybug in sub-Saharan Africa — $9 billion in economic benefits.

– Biocontrol of the maize stemborer in Kenya, Mozambique, and Zambia — $272 million.

– IPM for eggplant and cabbage in Bangladesh — $29 million.

The case studies also document impacts from IPM adoption such as increased yields, reduced poverty and pesticide costs, and environmental benefits. In 2018, for example, a case study in Kenya shows an IPM intercropping technique helped raise at least 75,000 people above the poverty line. In Ecuador, in 2016, IPM practices used for the citrus-flavored fruit naranjilla reduced deforestation costs by an estimated $3.67 million.

“It’s not just about feeding more people,” added Muniappan about the value of the research. “It’s about improving overall livelihoods.”

This article was originally published by Virginia Tech Daily

The Economics of Integrated Pest Management of Insects is available from the CABI Bookshop.

The findings presented in this article are from chapter 8: Economic Impacts of Integrated Pest Management Practices in Developing Countries.

This article was originally published on the CABI BioProtection Portal blog. Visit the original blog post here. Improving pest management in agroforestry on sloping land with the Ministry of Land and Environment Protection and Institute of Forest Prote… 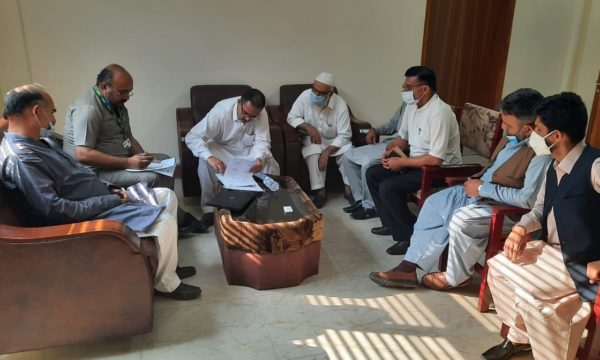