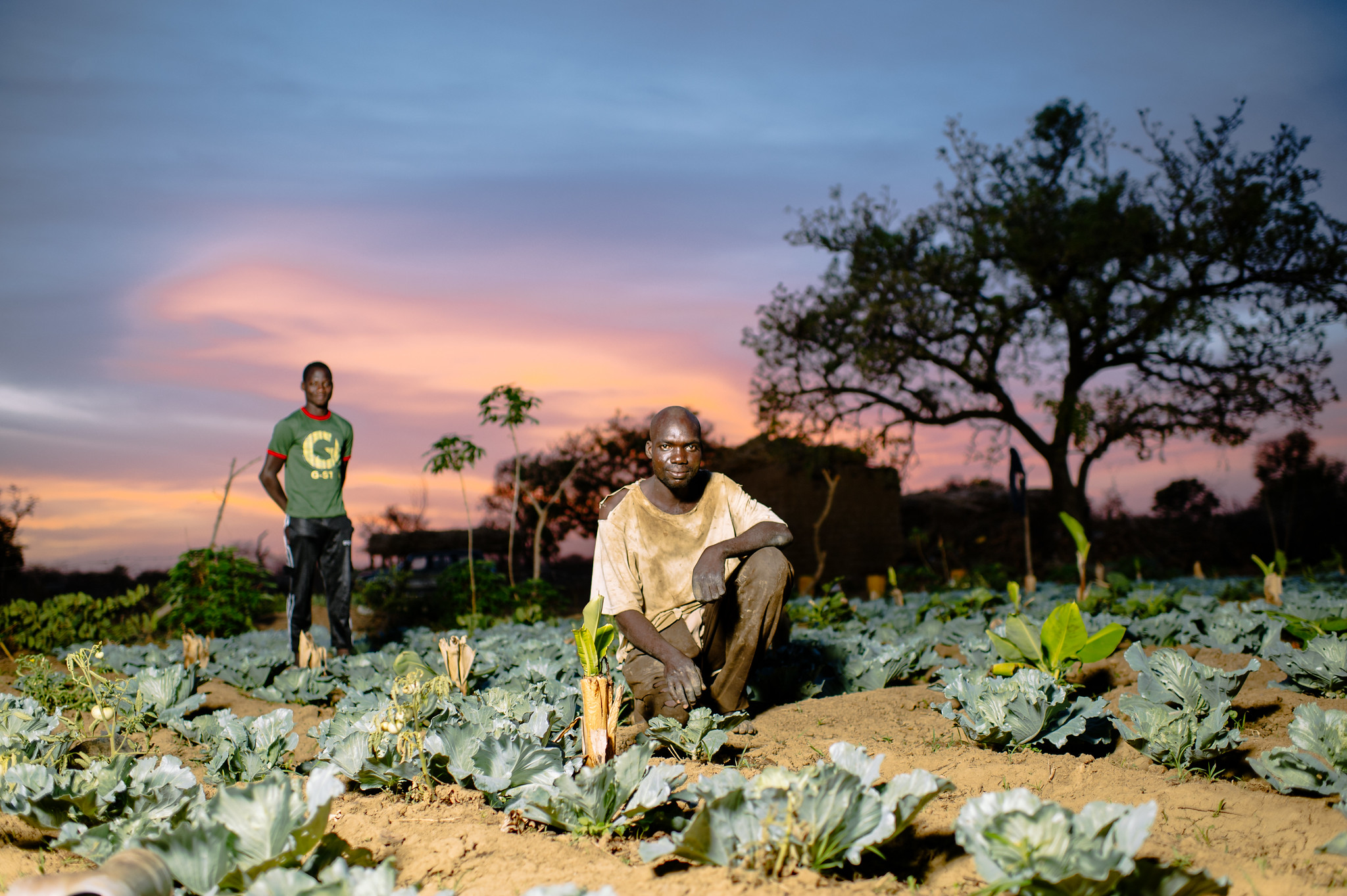 David Magondo, a father of three from Central Kenya, has been farming for over 35 years in an activity that has helped him feed and take care of his family.

But the once dependable source of income and livelihood for the 57-year-old farmer is now a nightmare due to the soil-dwelling parasitic worms that render farming less productive.

According to a review by scientists, crop losses resulting from nematodes are not easy to calculate accurately, and global estimates vary considerably from US$80 billion to US$157 billion a year. In Sub-Saharan Africa, there are no reliable estimates of nematodes-induced economic losses.

For about a decade now, Magondo has been noticing his crops such as tomato, millet and banana grow weak stems and change in leaf colour even when there is enough water and fertiliser applied but he has always assumed that it was the lack of enough water or the normal pest problems such as leaf rust.

“Currently, we are experiencing the first discovery of potato cyst nematode in Sub-Saharan Africa, specifically in Kenya.”

The experience of Peter Gathura, a Kenyan farmer who mostly cultivates tomatoes, bananas and sweet potatoes, is not different. In crops such as French beans and tomatoes the loss has been harrowing in the last one decade due to nematodes

”As a farmer I get losses because I apply so many resources the first and the second months. I put more resources in the third month and at the end the production is very low, which cannot meet the cost I had incurred,” he tells SciDev.Net.

“The nematodes kill off the roots, thus preventing plants from taking up the required water and mineral salts. When a plant’s leaves starts to grow weak and lean towards the ground, it is not necessarily due to [the] lack of rainfall,” explains Danny Coyne, a nematologist with the International Institute of Tropical Agriculture. “This can be due to the weakening of the roots caused by the nematodes. Weak roots have poor anchorage and are unable to hold the plant properly on the ground.”

According to Coyne, a group of soil-dwelling worms called the root knot nematodes is probably the single greatest group of pathogens threatening agriculture. “Currently, we are experiencing the first discovery of potato cyst nematode in Sub-Saharan Africa, specifically in Kenya, which has high potential to become a major issue across the region as the pest is distributed through, among others, unintentional distribution of infected material,”  Coyne tells SciDev.Net.

The crops infected with nematodes are also more susceptible to diseases and have difficulty in taking up water.

“Tomatoes are an easy target for nematodes. The overall damage caused by nematodes is both direct, on the plants, and indirectly, in terms of the cost of input that the farmers have to incur.

“The seedlings are infected from the day they start to grow. During this early stage, the infection is still mild, and the farmer transfers this onto his farm,” explains Coyne, adding that after about two months, when the tomatoes start to bear fruit, the effect of the nematodes then starts to show.

Sarah Karori, a retired primary school teacher, has been a farmer for over 40 years, cultivating crop plants and fruits such as banana and mangoes. “When I was farming French beans, we used to sell it to a cooperative society and there was a period I earned 120,000 Kenyan shillings (about US$1,150) that I used to pay school fees for my son who was at the Catholic University,” she says. But things have turned quite bad.

“We water the plants, but, they do not seem to take up the water, and instead they wither and eventually fall down,” Karori tells ScieDev.Net.

She has been using all sorts of fertilisers and chemicals on the crops to address the problem but the yields have been continuously going down for about a decade now.

In Kenya’s Nyandarua County, Jesse Kamutu’s farming efforts have not been paying dividends lately. The 58-year-old Kamutu has been farming since 2000 after his wife initiated potato farming.

The two have been using their 15 acres of land for cultivating potatoes. “I switched to producing and selling their potato seedlings in 2008,” Kamutu says.

Kamutu learnt about nematodes in 2018 when researchers from icipe visited his farm where his production had been on the decline each passing harvesting season.

“Most farmers are unaware of the existence of nematodes and waste a lot of time and money on wrong management methods.”

“I used to get up to 100 bags of 100 kilograms of potatoes per acre, then it reduced to 50 bags and eventually to 30 bags. I have been making losses with each investment,” he explains.

Kamutu uses the proceeds from his farm to sustain his family and educate his only child. He also employed about ten workers on his farm.

“We would sell about 100 kilograms of potatoes at about US$43 during the high season,” he says. “On a good season, we could make at least about S$1,900 from each plot of land. Today, the nematodes have caused me great losses and I am considering a shift from potato farming,” he adds, with a downcast look.

Scientists from Kenya-headquartered icipe — an organisation that addresses challenges posed by insects and other pests— have been visiting smallholders  across the Sub-Saharan Africa on research missions aimed at understanding the extent of the damages caused by these worms.

Ruth Muthoni Kihika, a doctoral candidate at icipe focusing on chemical ecology of plants and root knot nematode interactions, says that it is one of the challenges farmers are facing in Africa due to its devastating effects on crops.

“You see the yields reductions yet most farmers will not know that the problem is the root knot nematodes, which are actually below the ground so they are not seen yet you can see the effects above the ground,” she tells SciDev.Net.

It is a very serious problem in Africa but there is also the challenge of the lack of data on economic loses that nematodes cause. Most of the data that is available in terms of yield loses come from Europe or America but we don’t have much of this in the African continent yet when you visit farmers you will see that nematodes are a great challenge for them, says Kihika.

James Chisache, a doctoral candidate from Uganda who is currently studying at the icipe, says nematodes are a serious problem in Sub-Saharan Africa due to the lack of knowledge about them. “Most farmers are unaware of the existence of nematodes and waste a lot of time and money on wrong management methods,” he says.

To deal with this challenge, it is important to work with key institutions and individuals in ensuring people get to learn about nematodes.

“I would like policymakers to help us get the message out to farmers so as to help in the fight and control these parasitic nematodes”, Chisache tells SciDev.Net.

Lusike Wasilwa, director of crop systems at the Kenya Agricultural and Livestock Research Organisation, adds that a major constraint is the lack of modern fully-equipped laboratories to be able to adequately undertake research on nematodes.

“Governments also need to supporting research on use of nematodes for biological control to manage pests such as banana weevil and developing of seedling systems that reduce the spread of nematode [infestations],” she tells SciDev.Net.

This piece was produced by SciDev.Net’s Sub-Saharan Africa English desk.

This article was originally published on SciDev.Net. Read the original article.