The successes of smallholder farmers in Nepal, Uganda and Kenya – thanks to help from CABI – have become the focus of the Plantwise Impact Story Competition won by three extension workers who helped them combat crop pests and diseases.

Debraj Adhikari, a Senior Plant Protection Officer from Nepal, plant doctor Mubunga Joshua from Uganda and John Mutisya Kimeu also a plant doctor, from Kenya have all been awarded a tablet computer for their accounts of farmers who have reaped increases in yield as a result of intervention from Plantwise plant clinics.

The three winning writers had to tell the stories of how the services of Plantwise plant clinics or plant doctors have impacted positively on an individual, a community or an institution while also taking account of five themes including productivity, incomes and food security, gender inclusion, extension advisory services, innovative solutions and proactive protection.

Debraj told the story of Ranjana Thapa, a vegetable farmer from Nepal, who after implementing Integrated Pest Management techniques to her crops – including tomato, chillies, brinjal, cucurbits and cauliflower – was able to mitigate the impacts of pests such as Tuta absoluta  (tomato leafminer) to sell goods worth US $5,454 a year.

Meanwhile, Mubunga wrote how Simbulireki Happy, a cocoa farmer from western Uganda, is achieving greater yields thanks to training from a plant clinic after originally believing his crops were cursed by witch craft. Where he once only harvested between 200-300 kilograms due to poor management practices such as soil erosion, poor pruning and weeding, he now reaps 800 kilograms in the same area of land.

Finally, John recalled the successes of Kenyan maize farmer Wayua Mutava who was able to fight back against the scourge of the fall armyworm (FAW), soil deficiencies and unreliable rainfalls – again thanks to advice from her local Plantwise plant clinic. At the height of the FAW attack during the October to December 2017 rains she counted losses of up to 10 bags of maize during the season – leaving just four harvested.

However, the following season, after saving her crop with FAW traps and a biological control of ash mixed with chilli applied to the maize, she was able to harvest 12 bags and make 28,600 Kenyan Schillings. This was enough for her daughter’s school fees and the rest was saved for other domestic needs.

Frances Williams, CABI’s Global Monitoring and Evaluation Manager based in Kenya, was responsible for organising the competition along with Irshad Ali, M&E Coordinator – Asia.

Frances said, “We know from a range of impact assessments that Plantwise is making a positive difference to farmers – helping them to grow more and lose less. For example, recent research undertaken by the American Institutes for Research highlights that the monetary benefits of the Plantwise programme in Kenya are estimated to be over GBP1.5 million in 2017– giving a benefit to cost ratio of 2.9:1 and an internal rate of return of 54%.

“What the Plantwise Impact Story Competition does is to go behind the statistics to flesh out the real stories of the farmers and their families, and often wider community, who can see tangible benefits that directly affect their livelihoods and quality of life.”

Irshad said, “The story competition 2018 was helpful in bringing impact insights from the field. Selecting top three stories was a tough challenge this time as we received a number of quality entries for the competition. A number of stories, including the winning three, need a follow up to ensure we know all aspects of the impacts created by the Plantwise programme.” 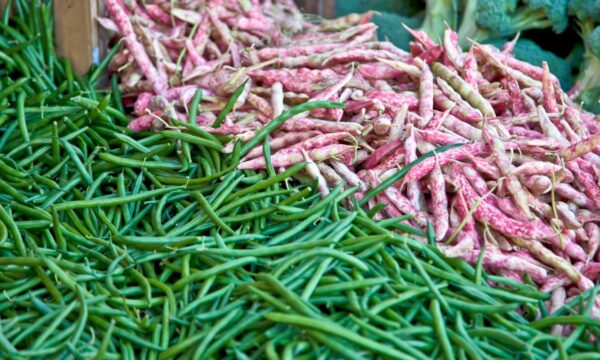