Researchers at the RIKEN Centre of Sustainable Resource Science (CSRS) in Japan have discovered a hormone linked to the stimulation of drought-resistant characteristics in plants.
Published in the journal Nature earlier this month, the study shows how the peptide CLE25 is synthesised in the roots of plants when under stress due to a lack of water in the soil, resulting in the closing of pores (stomata) in the leaf surfaces.
It is less commonly known that plants contain hormones (called phytohormones), with this group of natural chemicals being the target of much less scientific research compared to animal hormones. RIKEN CSRS scientists wanted to find out whether any hormones naturally produced in plants respond to abiotic stress factors.
“Although we know that some peptide hormones in plants mediate cellular development, until now nobody had identified any that regulate responses to physical stresses such as dehydration,” said Fuminori Takahashi, lead author in the publication.
By applying numerous CLE peptides which are synthesised in the roots, it was found that CLE25 leads to an increase in ABA hormone production which causes stomata closure in leaves. It was also noted in the study that CLE25 levels increase in plants that are under stress from dehydration.
Now that the CLE25 hormone has been identified, it is only a matter of time until the finer details of this hormones processes are uncovered, which will allow scientists to design applications of the hormone in the future to better combat plant dehydration and drought.
“Our research absolutely has applications in the real world and should contribute to the development of abiotic stress-resistant crops,” Takahashi.
Plans for future research into this is already underway by RIKEN, first of all with the development of modified hormones which are more effective at producing stress resistant results than natural hormones, and to experiment with commercial applications in the form of integrating the CLE25 hormone into fertilisers to enhance the drought resistance of crops in the field when drought conditions arise.
climate change, drought, global food security, plant science
Agriculture and International Development, Climate change and biodiversity, Crop health, Food and nutrition security 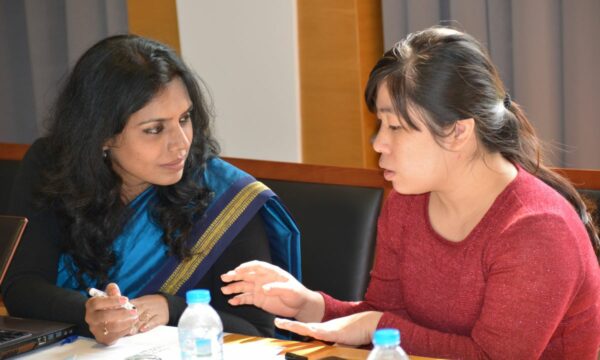 Inspiring Women in Science: An interview with Malvika Chaudhary