Successful partnerships must start at the farm gate

The annual European Development Days, held in Brussels 7-8 June this year, showcase Europe’s commitment to building a sustainable and fairer world. The forum builds on the core belief that cooperation is key to achieve real change towards a poverty-free and sustainable world where everyone has the prospect for a decent life. At this year’s conference, CABI hosted a panel discussion which drew together a group of food security and agricultural experts to share their experiences of how partnerships supports smallholder farmers.

Smallholder farmers – typically taken to mean those with less than one hectare – produce 70% of the world’s food production. But with future population growth output, this may have to double by 2030 and then double again by 2050. Yet with the majority of the world’s poor living in rural areas, many smallholder farmers struggle to keep up with the latest improvements or innovations in farming – which is where public-private partnerships (PPPs) come in.

These partnerships need to start at the farm gate, not in Brussels or the remote headquarters of multinational pharmaceuticals, if real progress in living standards and benefits from the value chain are to be achieved. Genuine partnerships are the key to achieving the UN’s Sustainable Development Goals, but farming receives less media attention than poverty or migration – despite having a strong impact on both.
Safeguards are required when working with the private sector but, when successful, they can help fruit and vegetable growers. Companies like East-West Seed provide tropical vegetable seeds, which cost about 5 % of farm costs, but can more than double or treble income.

Alternatively, with the growth of smartphones and tablets, farmers can send pictures of diseased crops to remote “plant doctors”, with a 92 % success rate in diagnosis. Early warning of a particular banana pest, for example, can be transmitted to 50 million smallholder farmers at the touch of a button.

But just as donors are not just cash machines, farmers are not just guinea pigs for trial experiments. It is a dignified role – the foundation of all human life – but remote rural farmers often need education to help articulate their needs and eradicate pockets of ignorance. For example, in some developing countries, a farmer is not considered ‘a man’ unless he grows maize – even though it requires heavy rainfall and maize is often not as profitable as other crops, such as cashew nuts.

For any PPP to be successful, its entry point must be the local village and its success must start at the farm gate. That means increasing productivity and access to markets, which in turn build up income and resilience – a virtuous circle where a farmer can then afford more seeds or technology.

There is no one-size-fits-all solution for PPPs – different regional fruits, vegetables, tastes and specialities – but farmer cooperatives can help smallholders when dealing with the private sector and they can also help to scale up enterprises in what will always be a largely private sector activity, whether large or small.

Summary provided by the EDD17 team. Visit the session page on the EDD website→

This article was originally published by CHAP As part of its International Pest Horizon Scanning (IPHS) capability, CHAP has funded the distribution of 180 tablet devices to extension workers across five countries: Ghana, Nepal, Peru, Vietnam and Malaw… 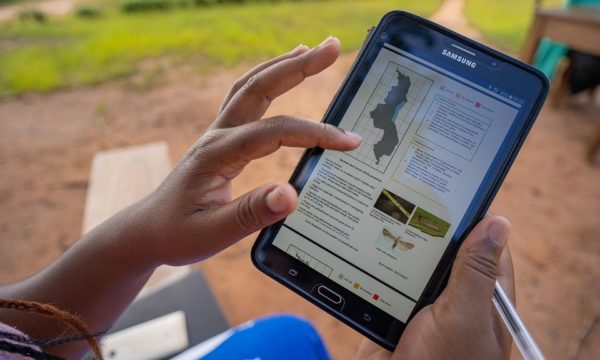 PRISE is seeking partners in dissemination and crowdsourcing