A female pearl millet farmer with part of her harvest © ICRISAT

I would like to acknowledge Abigail Rumsey, Claire Curry, Emily Palmer and Léna Durocher-Granger for their contributions to this blog post.

Female farmers account for around 40% of the agricultural work force in parts of the developing world. Despite this, women face severe constraints in accessing agricultural resources and markets. This ‘gender gap’ reduces their productivity and their contribution to food security. Reducing the gender gap in agriculture and increasing women’s access to resources such as land, seed and water, and to education, technologies and markets will significantly help to lift rural communities out of poverty and reduce food insecurity.

In developing countries, women are playing an increasingly prominent role in agriculture, now making up 43% of the agricultural labour force on average. The following graph shows how the numbers of women in agriculture have increased around the word since 1980.

It has been recognized that women are producing 60-80% of the food in most developing countries, but less than 2% of land is owned by women. Women often bear the brunt of managing both agricultural production and providing social protection services to family members and to vulnerable people in their community. The agricultural roles of women may vary between regions, however there is one thing that many women in developing countries have in common and that is lower access to resources such as inputs, extension services, credit and to markets for their produce. Women are also underrepresented in policy-making processes and laws and therefore, their needs, interests and constraints are not reflected. Evidence shows that if women were given the same agricultural resources as men they would achieve the same yields. The current yield gap between males and females in agriculture is around 20-30%. The Food and Agricultural Organisation (FAO) estimate that closing the yield gap will lift 150 million people out of hunger and out of the estimated 925 million people undernourished this would make a significant contribution to global food security.

Mobile technology is increasingly being used in agriculture to connect and inform farmers who may be isolated from each other and from sources of vital information. However, use of mobile phones in low to middle income countries is not evenly split between men and women, with 300 million fewer females using mobiles than men. There are many reasons for this ‘gender gap’, including cultural ideas of women owning mobiles, lack of basic and technical literacy, and cost of ownership.

These issues are being addressed by microfinancing projects [pdf] that are loaning women the funds to purchase a phone, which can be used to access agricultural services such as Direct2Farm or financial services such as the microsavings schemes developed by the Grameen Foundation. Voice-based agricultural advisory services have addressed issues of literacy as farmers are not required to be able to read text to access this farming information. It has been shown that women feel safer, more connected and more independent from mobile phone ownership, which is invaluable in the isolated rural settings that many female farmers are in. The success of projects such as WOUGNET in Uganda has shown that provision of mobiles for women in agriculture can boost the economic success of a whole community. By closing the gender gap in mobile ownership in agriculture, we can ensure that information and financial services are accessible to everyone that needs them.

Next steps towards closing the gender gap in agriculture

Education in agricultural practices for women and girls in Honduras © SUCO http://suco.org/suco/

The FAO suggests several different strategies to address the gender gap between men and women for the future of farming. These are broadly covered by the themes of: Education, Financial Services, Information and Extension, Land, Decent Rural Employment and Farm Labour, and Technologies. As we strive towards a system of reducing gender inequalities, these topics become increasingly important and relevant to all organisations involved in agriculture. Investing time in women empowerment by training, education, political representation, giving them access to tools, credit and lands have shown more than once to have a domino effect on food security and poverty. CABI has incorporated a gender strategy across all of our programmes and policies – working towards identifying issues and roles related to gender, recording data about identifying gender in data collection, and facilitating participation of marginalized groups. Within Plantwise, we are training women to become Plant Doctors, which promotes education and empowerment of women. We are also collecting information about gender disaggregated data in agriculture worldwide through our Plant Clinics. We are working with all farmers to lose less and feed more.

Lindiwe Majele Sibanda, chief executive of the Food, Agriculture and Natural Resources Policy Analysis Network (FANRPAN) stated women in agriculture ‘have crucial roles as farmers, mothers, innovators and educators.’ Strengthening the role of women in agriculture can have great benefits to rural communities and food security.

Women play a significant and crucial role in agricultural production. An economic survey carried out it 2017-18, indicates that with growing rural to urban migration by men, there is a ‘feminization’ of the agriculture sector, with an increas… 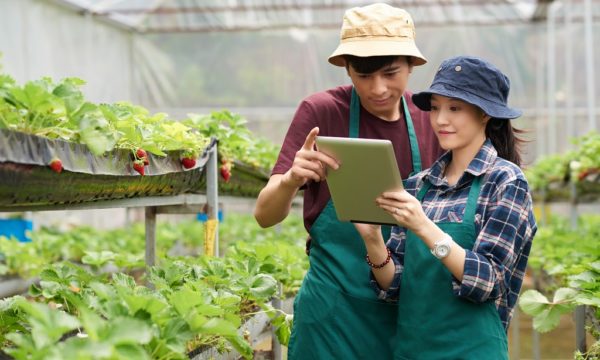 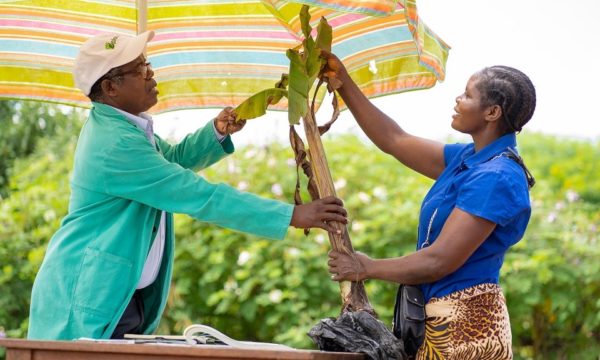