Update [March 2013]: More information about the pests and viruses associated with Maize Lethal Necrosis disease can be found on the Plantwise Knowledge Bank.

The production of maize, Kenya’s staple food crop, is severely under threat from a fast spreading maize disease known as Maize Lethal Necrosis (MLN) disease. The disease is the result of a combination of two different viruses occurring together in the same plant. One virus is Maize Chlorotic Mottle Virus (MCMV), which when combined with another virus Sugarcane Mosaic Virus (SCMV) results in the development of MLN disease, leading to serious plant damage. MLN disease was first reported in the Bomet district in Kenya September 2011. To date the highly destructive disease has reduced maize production by as much as 60% in south, central and eastern Kenya. A study by the Food and Agriculture Organisation (FAO) in July 2012 observed that MLN disease has affected more than 16,000 ha of land, with the potential of destroying 80% of maize crop.

Maize Chlorotic Mottle Virus is reported to be transmitted mechanically and spread by several insect vectors such as thrips, rootworms and leaf beetles while Sugarcane Mosaic Virus is spread by maize aphids. Affected maize is identified as having progressively yellowing leaves and stems with stunted cobs that do not produce grains and in some cases stunted plant growth.

Since its discovery MLN disease has spread to other parts of the country including Naivasha, Nakura, Embu, Kibwezi and Rumuruti. In particular the disease will have serious implications if it continues to establish in Trans Nzoia in Kenya’s Rift Valley, which currently produces 60% of the country’s maize. The potential destruction levels estimated in this new study have serious implications for maize production and food security in Kenya, in particular there is concern for the consequences of MLN disease on food price inflation in the country. The Ministry of Agriculture has projected overall maize production in the country this year will be at least 10% less than 2011. In several of the worst affected areas maize production will be reduced by over 90% as a result of the disease with severe consequences for individual farmers. The maize deficit in Kenya is likely to lead to increased importation of maize from countries such as Tanzania, Zambia and Malawi, which will lead to further increases in food prices.

However there is hope that the disease can be controlled. A few weeks ago Abbie reported in her blog the positive news that the cause of this disease in Kenya has been identified and control measures are being put in place by the Ministry of Agriculture in association with CABI, the Kenya Agricultural Research Institute (KARI) and the Kenya Plant Health Inspectorate Service (KEPHIS).

The most recent methods advocated for the management of MLN disease include cutting and burning maize crops and planting alternative crops on the land, such as sweet potatoes, cassava, and peas for two to three seasons in an attempt to reduce the spread of the virus and to provide an alternative food source. Farmers are advised to regularly check their crops for signs of the disease and to spray with insecticides if pests such as aphids, thrips and maize beetles are prevalent as these insects are thought to be one of the main disease vectors. KARI is currently working on breeding maize varieties resistant to Maize Chlorotic Mottle Virus in order to mitigate against the spread of MLN disease.  Further research into MLN disease is required urgently in order to implement additional effective preventative measures across Kenya to stop the spread of the disease. 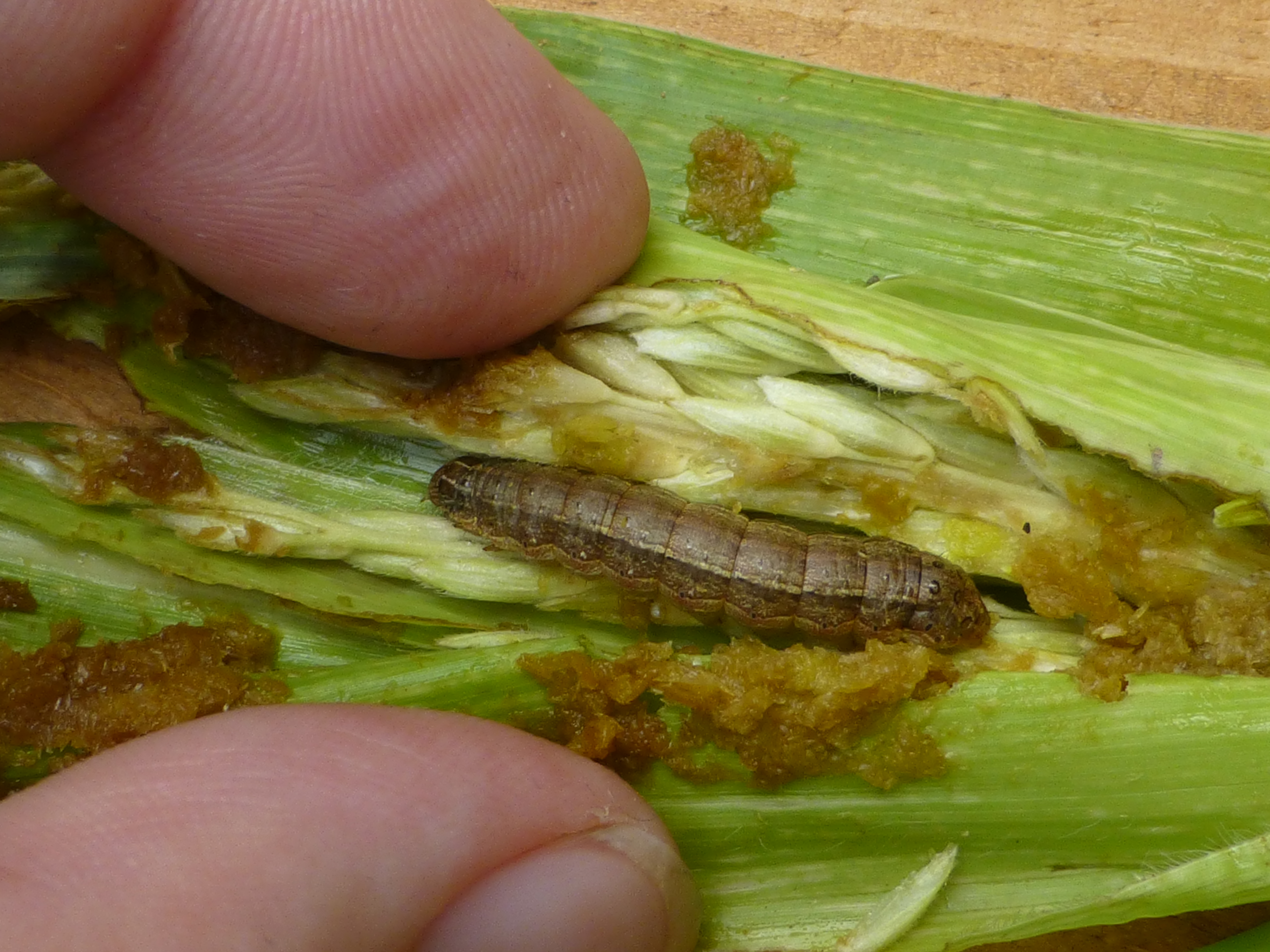