New research at Washington State University shows that barley plants are able to recognise stem rust spores (Puccinia graminis) and begin to activate their plant defences within just 5 minutes of the spore touching the leaf surface. This goes against the previously held view that pathogens had to penetrate a plant in order to trigger the internal plant defence mechanisms. This new knowledge could revolutionise the way that farmers deal with pathogens of cereal crops such as stem rust.

The initial reaction is invisible to the human eye but was detected by looking for changes in plant chemistry. Normally the first signs visible to the human eye appear an hour after the stem rust spore has landed. At this point the leaf tissue around the spore landing site forms yellow pad-like lesions. However the researchers had been looking closely at the changes of a specific gene within the barley plant. This gene recognised the presence of the stem rust spore and began to initiate a series of plant signals (changes in plant chemistry) that were activating the plant defences.

The gene was barley’s Rpg1 gene – a gene that has provided stem rust resistance in barley over the last 60 years. It is now hoped that this gene can be used to revolutionise the methods currently used to deal with crop diseases such as stem rust which is found in over 200 areas on the Plantwise distribution map. This new insight into the speed at which invading plant pathogens can trigger plant defences could be crucial to finding more effective ways to battle crop diseases.

The gene could be introduced to stem rust susceptible crops in developing countries to reduce crop losses. Ug99, a wheat disease, is an emerging threat to global food security and has the potential to inflict massive damage upon the developing world. It is also a variation of stem rust which means that there is the potential that its spread could be halted by the barley’s Rpg1 gene.

Costa Rica’s first carbon neutral banana farm has reduced nitrogen fertilizer and electricity use, and improved transportation efficiency © The LEAF Project (CC BY-SA) Here’s a taste of some of the latest stories about plant health, including early rep… 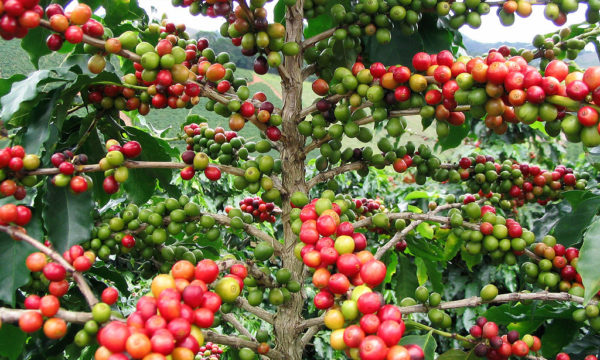