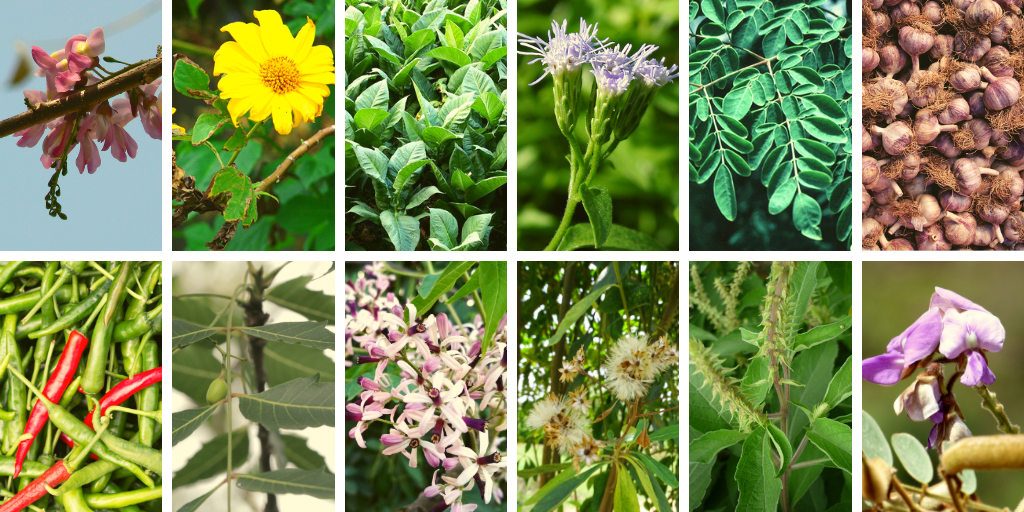 A recent study by CABI scientists looked at 12 botanicals

For many low-income farmers, commercial pesticides are too costly to use. Seemingly, the next best option for many is to turn to homemade botanical insecticides using local sources. But how reliable are these resources, and are they safe to recommend?

A CABI-authored paper published in Agronomy for Sustainable Development reviews the efficacy of some of the most commonly used homemade botanicals in controlling insect pests. This paper specifically focuses on previous studies that tested homemade preparations under “realistic local field or storage conditions”, as there has been no previous in-depth review on this particular topic.

Botanicals were likely the first pesticides; studies have found that they have been used for control of agricultural pests in ancient China, Egypt, Greece, and India for over two millennia. They have been and continue to be an aspect of agricultural practice for many traditional farmers across the globe to prevent or fight crop pests. Farmers can use ground, whole or aqueous extracts of plant materials to deter or even kill plant diseases, insects, mites and other pests. The chemical structures of plants which are used in homemade preparations have served as the inspiration for the development of many of the most widely used synthetic pesticides. 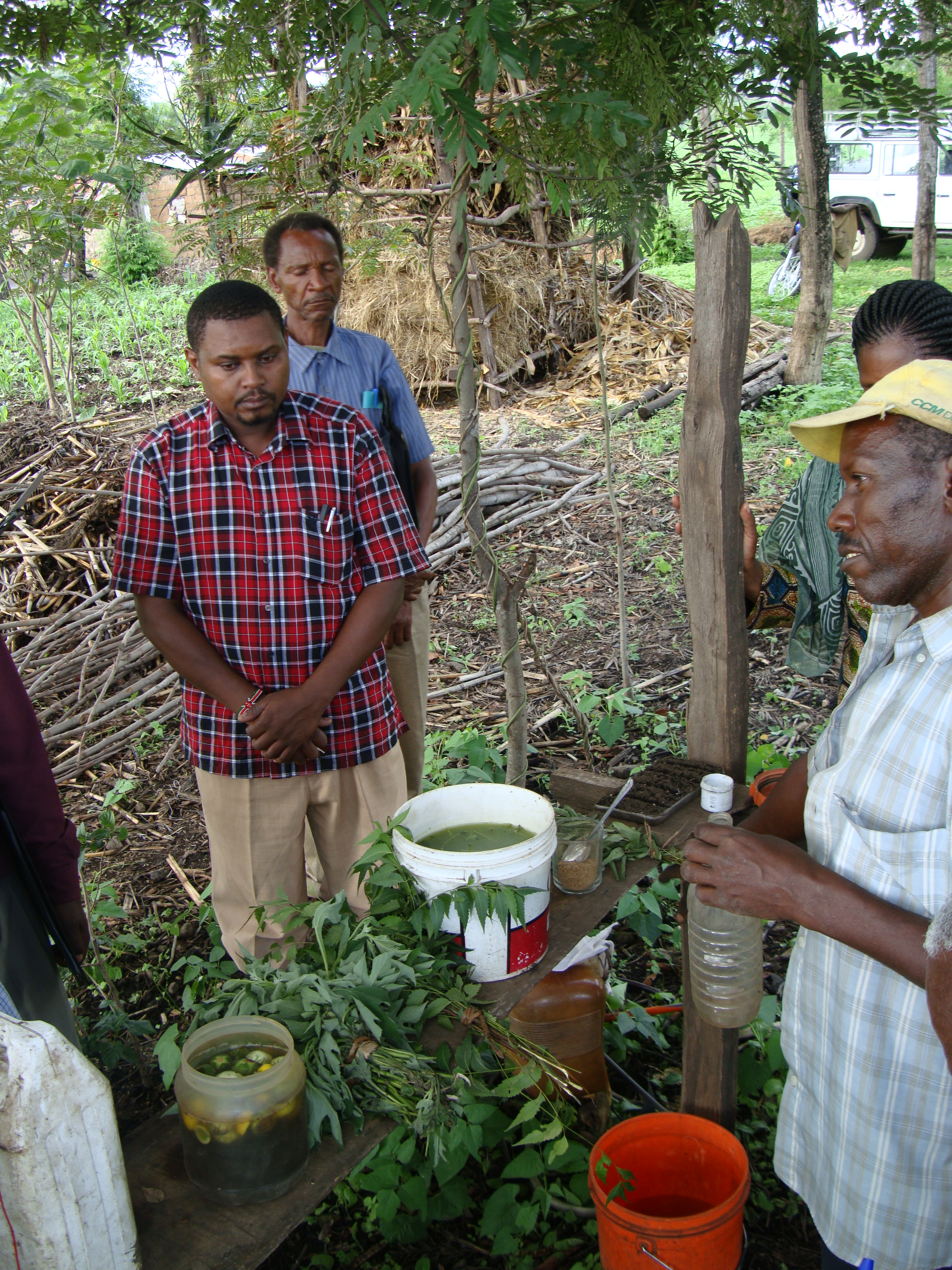 The 12 botanicals considered in this review are: garlic, neem, chili pepper, Siam weed, mother of cocoa, chinaberry, moringa, tobacco, clove, basil, tephrosia, tree marigold, and bitter leaf. These were among 30 different botanicals that had been recommended in one or more of the pest management decision guides developed by agricultural extension and plant protection partners involved in Plantwise between 2012 and 2016. Data from Plantwise-supported plant clinics show that plant doctors sometimes recommend homemade pesticide preparations to smallholder farmers.

The selection of the 12 botanicals for this review was based on the availability of previously published research on their efficacy. All of these botanicals contain active ingredients with pesticidal, antifeedant or repellent properties. However, there is on-going global debate about whether these types of botanicals can provide sufficient and reliable pest control when prepared and applied by a farmer and under farm conditions. This review therefore investigated the scientific basis for using homemade insecticides as an alternative to synthetic commercial products. Alongside this, the limitations and safety implications (e.g. toxicity of tobacco, one of the botanicals in the study) are addressed.

The review concluded that each of the 12 botanicals had some degree of efficacy in controlling insect pests. In some cases, the results were even comparable with commercial synthetic insecticides. However, the authors also confirmed that using homemade natural insecticides can often be inconsistent and unpredictable due to the differing levels of active ingredient concentration, which can be influenced by things like variable weather conditions or different preparation methods. This means that more research is definitely still required to boost confidence in herbal goods that are produced and used in domestic situations. 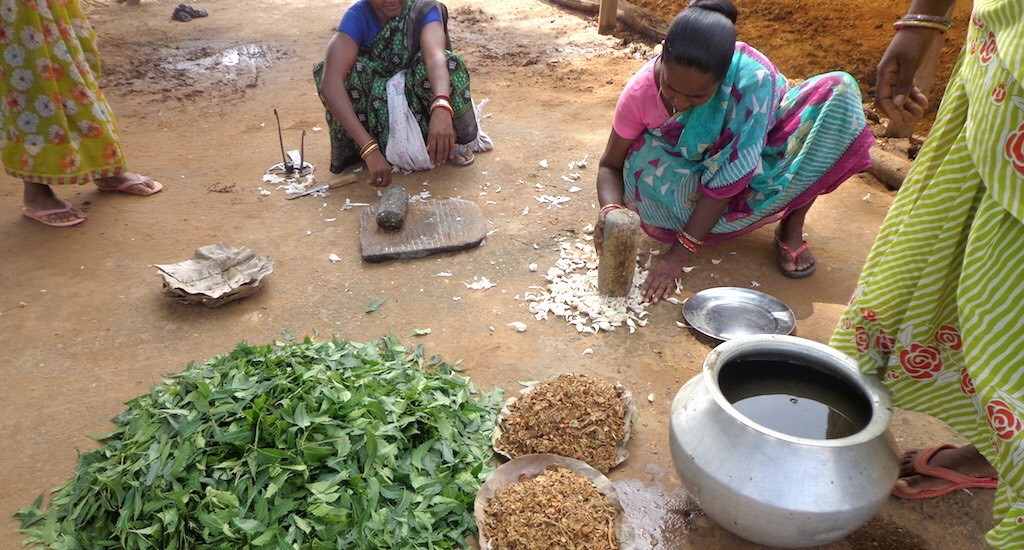 Fortunately, improvements are already being made in many national research centres to try and bypass any inconsistencies in homemade botanical insecticide production. These efforts should be supported to optimise preparation methods, which then can be “disseminated to subsistence and transitional farmers”.

In addition to developing more reliable methods and guides for producing botanical pesticides, further research on possible health risks related to the use of such materials is also needed. It may be unknown how dangerous extensive exposure to some botanicals could be. 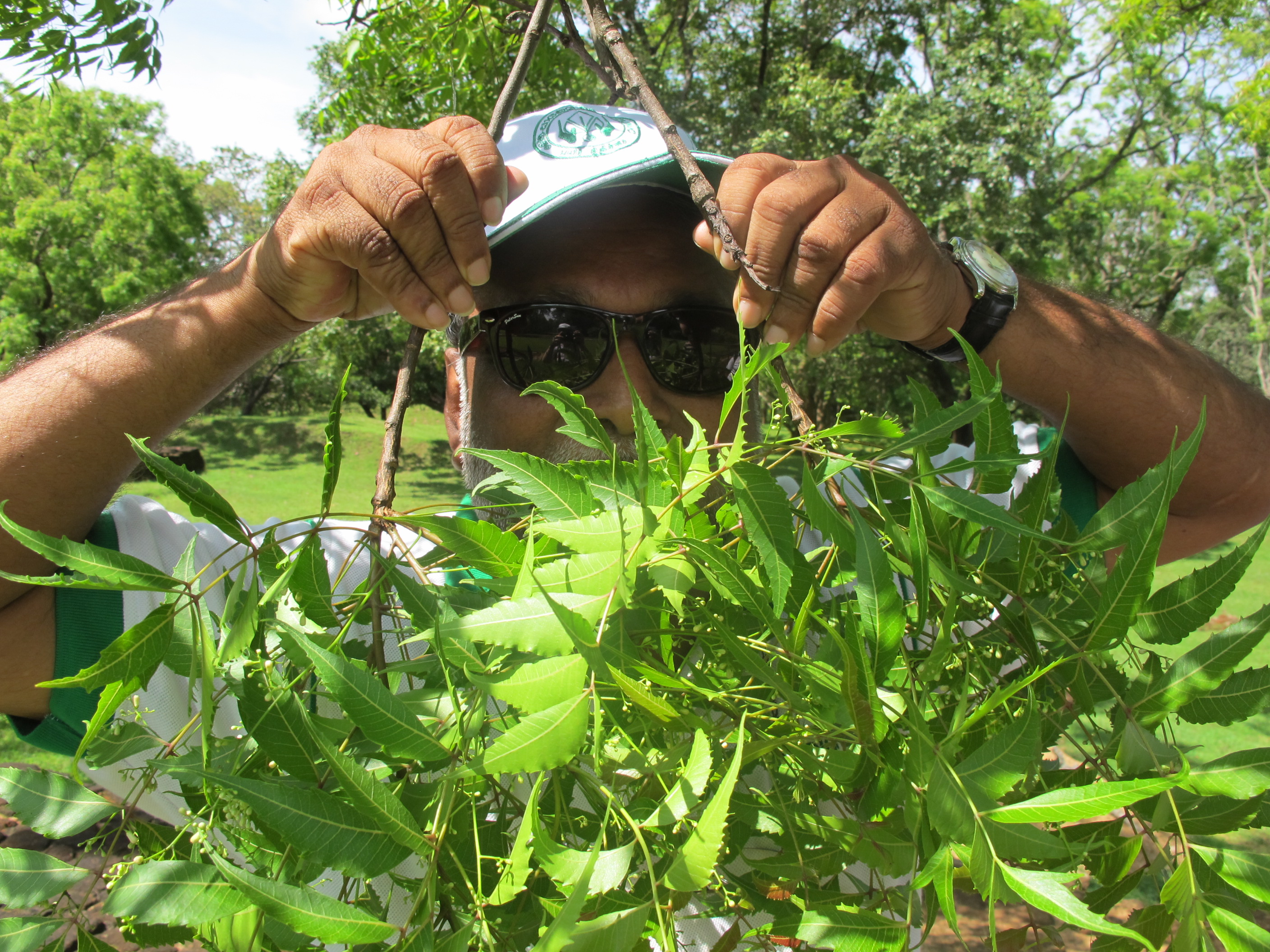 In Sri Lanka, the Deputy Director of Plant Protection Services (a Plantwise collaborator on the project) holds a stick of neem. Photo: Melanie Bateman

This process of using homemade remedies is widespread in less developed countries and is sometimes even the preferred method of managing certain well-known local pests as well as invasive species. The authors suggest that pesticide legislation “could be adapted to more formally address” the pros and cons of homemade remedies. Currently, some legislation simply forbids the use of homemade remedies, which ignores the problems of low-income farmers. This review demonstrates that using cheaper, more readily available remedies can help reduce food loss in underprivileged areas where commercial pesticides are either unavailable or unaffordable. The key message is that those who promote the use of homemade botanical pesticides must be aware of and also communicate the uncertainties around the use of these products.