Plantwise helps with managing the invasive Fall Armyworm in Vietnam

Earlier this year, plant doctors had reported that a plague of suspected armyworms destroyed maize fields in the Hop Hoa district, and was spreading at alarming rates. Based on the Plant Quarantine Diagnostic Centre (PQDC), Plant Protection Department, Vietnam, Lisa Offord from CABI’s Plantwise Diagnostic and Advisory Service confirmed the presence of the invasive fall armyworm (Spodoptera frugiperda) in Vietnam.

“When I first found the maize leaves being destroyed by some caterpillars at the end of 2018, l was starting to worry. Unfortunately, there were no larvae found during the maize planting season. I was surprised with the rapid spreading of this armyworm,” said Madam Nguyen Thi Nam who reported that fall armyworm had caused almost 70% damage to her maize field within just 6 months.

That the pest was indeed fall armyworm, which was confirmed by the CABI team during the visit to the plant clinic on earlier this month. Following the first signs of the problem in Vietnam observed by the plant clinic doctor working in Vinh Phuc province, urgent action is now needed to help farmers and researchers working in affected areas to accurately identify and work out the best strategies to control this pest.

CABI’s Regional Director for South East Asia, Dr A. Sivapragasam, cautioned that, “the invasive fall armyworm is now a serious pest spreading quickly in tropical Africa, West Asia and with the potential for further spread to other economically important crops due to its broad host range. Urgent action will be needed to curtail the spread and prevent devastating losses to crops and farmers’ livelihoods.” 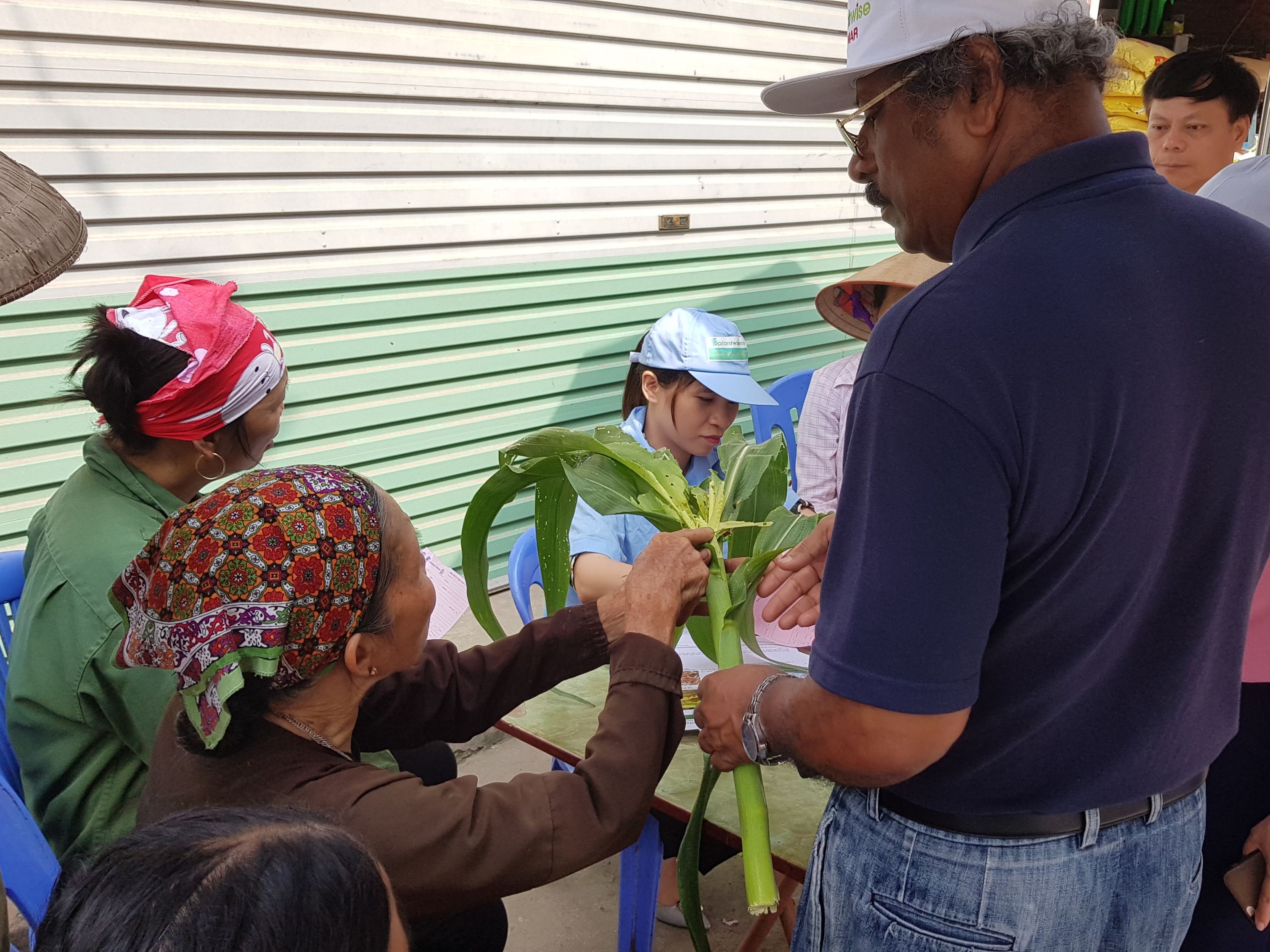 Dr A. Sivapragasam also added that as well as the identification, “CABI will, through its Plantwise program, support the national extension services to conduct studies to work out the best way to manage fall armyworm – for example biological control and the use of pheromones which would reduce the need for insecticides.”

He also urged plant doctors to act expediently to create awareness via a plant health rally to the farmers to reduce further damage to the other crops which are around the maize field such as rice and sugarcane.

There is a good scope to use biocontrol agents at the earliest detection to have optimum control through them. The Plantwise plant clinics offer a network of surveillance and monitoring through ICT based tools like mobile apps which can map out the pest through crowd sourced data based on pheromone trapping.

Communication materials in the form of videos and posters are also useful. Plant doctors can be trained specifically on a one-day fall armyworm module which will equip them to answer any query that farmers may have. Farmers can also get in touch during a phone-in program over the farm radio. This will also increase the bandwith of information and create better awareness.