Ducks in a cornfield in Cagayan Province that was damaged by strong winds (Image credit: Aaron Favila/Associated Press)

Typhoon Mangkhut (local name: Ompong) recently swept across the northern island of Luzon, Philippines, severely affecting the country’s bread basket. According to the National Disaster Risk Reduction and Management Council, approximately 171,932 farmers have suffered as a consequence of the storm.

Even with maximum winds of 205 km/h and gusts of 255 km/h, Mangkhut was not classed as a super typhoon like the deadly Typhoon Yolanda of 2013. However, this does not mean that the country did not sustain huge damages. In fact, the aftermath has shown that the agricultural damage is the highest seen since Yolanda.

Northern Luzon is home to the country’s prime agricultural land and the typhoon hit just at the start of the rice and corn harvest. The region is the largest food producer in the country, and there are fears that the destruction of crops could lead to food shortages, higher costs, and inflation.

In light of this, Agriculture Secretary Emmanuel Piñol had initially estimated that country would see “worst-case scenario” losses of about P7.9 billion (US$14.6 million). However, as the picture becomes clearer post-storm, that figure has climbed to P26.7 billion (US$49.2 million). Official estimates show that the Philippines has lost a total of 250,730 tonnes of paddy rice, far exceeding this worst-case scenario.

Prior to the storm, plans were in place to import an additional 383,500 tonnes of rice, on top of an already-approved purchase earlier this year of over 1 million tonnes.

“The rice sector could recover because we have coordinated with the National Irrigation Administration … to not close the irrigation systems because right after the typhoon our farmers actually could replant,” Piñol said in interview.

“But for corn, it’s a sad sight. Almost all crops were damaged,” he said, recommending that the country also import corn to fill the possible shortfall.

In preparation for the storm farmers were urged to harvest their crops early to mitigate losses. Most of the maize crop was due to be harvested in October and so needed longer to mature, which according to corn farmer Elvis Lacambra, means that his crop will only earn him P10 per kilo, as opposed to P15 per kilo if the corn had reached maturity. Harvesting prematurely would mean lower profits and a less productive season.

In contrast, farmer Ricardo Rumbaua decided to take a chance and did not harvest early, hoping that the nearby river would not flood, saying “it wasn’t possible to harvest the crops before the flooding. It really wasn’t possible, so we left our corn as is and we hoped that the floodwaters would go down quickly to prevent damage”. However, his crops were submerged for two days and now he expects to get only 30% of his target income for the season, remarking that it’s like losing a gamble against nature.

The livelihoods of thousands has been devastated with crops flooded just a few weeks before the harvest. Most smallholder farmers in the region live in poverty, on around US$2 per day; their crops and/or livestock are their most prized possession. Many farmers found the decision to evacuate very difficult, with many choosing not to heed the warning. The threat of losing their crop to the weather or even to thieves can prove to be a powerful influence. Speaking to philstar, farmer Aida Acopan said that during 2016’s Typhoon Haima, they did evacuate but, “someone broke into my house and stole half a cavan of rice… so I didn’t want to take any chances this time.”

Mangkhut is just the latest in a series of typhoons and storms that have battered this agricultural region and with each storm cutting yields, farmers are caught in a cycle of debt, always trying to cover the losses from the last typhoon. But with each new bout of extreme weather, their hopes of repaying those debts with new crops are destroyed. 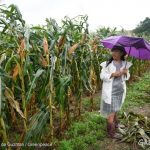 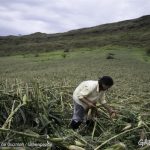 It appears now that due to the extensive destruction of crops, people in the Philippines will be pushed deeper into poverty, prolonging recovery efforts. “Very clearly what is needed is livelihood recovery, because floods and landslides have really affected crops,” said Maria Rosario Felizco, head of Oxfam in the Philippines.

The Philippines relies on its smallholder farmers to grow their food but in the age of climate change, continuously caught in a cycle of destruction and debt, how are they expected to recover? 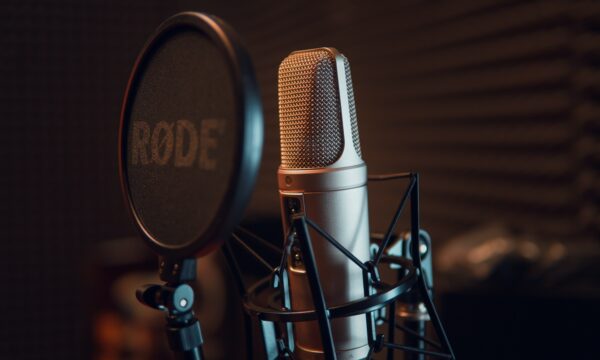