By Sam Otieno. Reblogged from SciDevNet
A facility has been launched in Kenya to aid commercial production of a protein bait to control fruit flies in Sub-Saharan Africa. The US$250,000 facility, which resulted from public-private partnership involving the International Centre of Insect Physiology and Ecology (icipe) and Kenya Biologics Ltd, will enable smallholders control fruit flies that devastate their fruits and vegetables.

Segenet Kelemu, director general of icipe, said during the launch on 29 March that fruit flies are pests of fruits and vegetables including mango and avocado that cause Africa to lose US$2 billion every year. Smallholders in countries such as Botswana, Ethiopia, Kenya, Tanzania, Uganda and Zambia suffer from reduced yields because of the pest.
Kelemu explained that the facility will boost commercial production of Fruitfly Mania, a protein bait developed by icipe: “Synthetic pesticides also eliminate natural enemies that could biologically control the pests. The unselective and regular use of these chemicals also places at risk the health of the growers, consumers, other beneficial insects such as bees, and the environment in general,” Kelemu explained.

“Many fruit fly species are considered quarantine pests, leading to the rejection of horticultural products from Africa in export markets.”

The bait will be sold at 70 per cent less than the cost of other commercially available products, according to the icipe.
Sunday Ekesi, head of African Fruit Fly Programme at icipe, tells SciDev.Net: “Aside from directly damaging produce, many fruit fly species are considered quarantine pests, leading to the rejection of horticultural products from Africa in export markets.” Ekesi explains that because protein is an important part of the diet of adult female fruit flies that destroy crops and vegetables, bait sprays are often laced with protein and an appropriate toxicant as a way of killing female fruit flies.
According to Ekesi in field suppression trials done in 2016, the total number of fruit flies captured in Fruitfly Mania treated fields was 112.1 flies per day in comparison to other management control methods that were only 56.8 flies per day, about 50 per cent reduction in the population of the damaging flies.
The strategic partnership between icipe and Kenya Biologics Ltd (KBL) to develop the fruit fly protein food bait facility, he says, is to mitigate against to losses caused to farmers. “Icipe firmly believes that Fruitfly Mania, alongside our other integrated pest management(IPM) fruity fly packages, presents one of the strongest possibilities for reducing harmful synthetic chemical pesticide use in Africa. This will improve the health of growers and consumers and the environment, and also increase the competitiveness of fruits from Africa,” he tells SciDev.Net.
Technical and financial support for the facility has been provided by the Government of Kenya and several partners including the development agencies of the governments of Germany, Sweden Switzerland and the United Kingdom.
Chris Kolenberg, managing director, Kenya Biologics Ltd, says that the facility has a capacity to produce 2,000 litres a day, enough to meet the local demand of over 229,000 households whose livelihoods depend on mango production in Kenya. “An additional 400,000 mango growers will benefit from Fruitfly Mania once the product is escalated to include Uganda and Tanzania,” Kolenberg notes.

Simon Ngundo, a farmer in Kenya’s Machakos County who depends on fruits for income, says that most mango growers are smallholders who lack knowledge of, and access to, effective pest control tools. According to Muo Kasina, agricultural entomologist at the Kenya Agricultural and Livestock Research Organization, fruit fly pest management is a big problem in Africa because the time you have the fruits you do not spray pesticide.

“However, with this facility [that] will produce bait to enable control and reduction mechanism will have a positive impact to farmers,” he says.
“Farmers should be trained on how to use the bait because having the right tools will help to tackle the problem but if it is not implemented in a wide area system where majority of farmers are involved in the management and control, it becomes non-essential,” says Kasina
This piece was produced by SciDev.Net’s Sub-Saharan Africa English desk.

This article was originally published on SciDev.Net. Read the original article→ 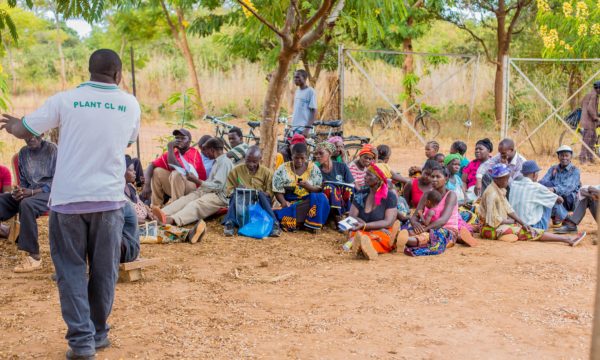 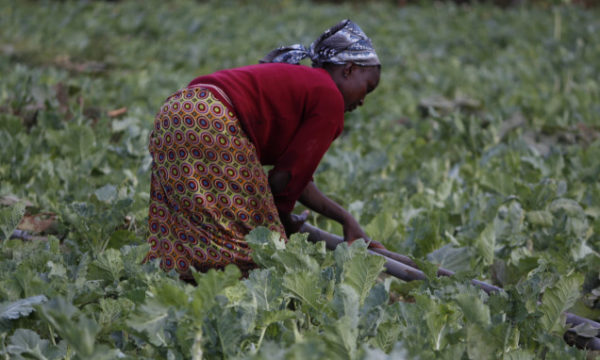