New research by CABI reveals that just five invasive alien species are causing US$0.9 – 1.1 billion in economic losses to smallholder farmers across six eastern African countries each year, equating to 1.8% – 2.2% of total agricultural GDP for the region. These losses are expected to grow to $1.0 – 1.2 billion per year over the next 5-10 years, highlighting the urgent need for coordinated responses at regional, national and international levels.
New research published in the open-access journal Global Food Security estimates the alarming level of economic losses suffered by smallholder farmers each year in eastern Africa, to a handful of species that have become damaging crop pests since their introduction to the region. These few invasive species can have devastating impacts on important staples such as maize, but also high-value crops including tomatoes, peas and green beans.
CABI researchers carried out the study to quantify the impacts of five important invasive alien species on mixed maize farming in economic terms. The countries included in the study were Ethiopia, Kenya, Malawi, Rwanda, Tanzania and Uganda, all of which have large rural communities dependent on small-scale farming for food security and income.
Invasive alien species can have a variety of effects on farming, livestock, pastures and forests, as well as human and animal health. Accelerating global trade is increasing the rate of invasive species introduction and establishment, with developing regions some of the worst affected.
CABI invasive species expert, Dr Sean Murphy, said, “Invasive species can have a devastating impact on smallholder livelihoods, and poorly regulated trade and movement of produce can contribute to the spread and establishment of pest species. Invasive species are a growing threat to food security in Africa and the results of this study highlight the need to take action. We urgently require a coordinated response at regional, national and international levels.”

The study reports that maize, the most important staple crop in eastern Africa, is affected by several invasive species:
As much as $450 million is lost to smallholders each year to the spotted stem borer, Chilo partellus, a caterpillar which feeds inside the growing maize plant, reducing its yield. This pest also attacks other important crops such as sorghum. A biological control agent (Cotesia flavipes) released against this pest is playing an important role in reducing the crop losses suffered by smallholder farmers.
Maize Lethal Necrosis Disease (MLND) is caused by a dual viral infection and leads to the production of deformed maize ears which can result in total crop loss. Current smallholder losses to this disease are estimated to be up to $339.3 million each year, but are likely to increase significantly with the ongoing spread of the disease.
The invasive ‘famine weed’, Parthenium hysterophorus, affects farmland and pasture, reducing production levels in a variety of crops and having human and animal health impacts. The weed is most widespread in Ethiopia, but is increasing its range in Kenya, Tanzania and Uganda. Current smallholder losses in maize for the region are estimated to be as high as $81.9 million annually, but can be expected to rise with the ongoing march of this damaging weed.
Horticultural crops, often grown along with staples such as maize are valuable nutritionally, but also as cash crops that can be an important route out of poverty for smallholder growers. A number of invasive species affect horticultural crops and this study included three species of Liriomyza leaf-mining flies, which attack a variety of important crop families including ornamental plant species and vegetables. In this study, impacts on beans and peas were considered, with total annual losses up to $149.1 million. Climate change is likely to result in a range increase for damaging Liriomyza species.
The South American tomato leaf miner, Tuta absoluta, has had a devastating impact since its recent introduction to Africa, frequently causing total crop loss and leading to three-fold increases in tomato prices. Losses to eastern African smallholders are estimated at up to $79.4 million per year at present, but this figure is expected to grow substantially with the rapid spread of this pest.

The CABI study clearly highlights the need to improve the outlook for smallholders in developing countries, who are resource-poor and susceptible to invasive species impacts.
Collaboration at national, regional and international levels, analysis of invasion pathways, and implementation of effective monitoring and rapid management responses to new invasive species arrivals are priority areas for follow-up to the study. Where invasive species are widespread, integrated approaches, including biological control, should be considered.
Dr Sean Murphy said, “In carrying out this research, CABI has taken the first step in highlighting the vast scale of losses being suffered by resource-poor smallholders to invasive alien species. This data illustrates that the issue is both critical and pressing. With such a large scale of economic losses to just five invasive species across six countries alone, we need to consider the big picture: a long-term invasive species management policy in Africa with full policy support is needed urgently.”
The recent invasion of Fall armyworm (Spodoptera frugiperda) will add significantly to these losses as it is known to cause great damage to maize and other crops in its native range.
CABI’s global invasive species programme aims to improve the livelihoods of the 50 million poor rural households that are impacted by damaging invasive species. The programme will contribute to improved food security and trade, and will aid the protection of agricultural and natural ecosystems. See the website http://www.invasive-species.org/.

A recent study by CABI scientists looked at 12 botanicals For many low-income farmers, commercial pesticides are too costly to use. Seemingly, the next best option for many is to turn to homemade botanical insecticides using local sources. But how reli… 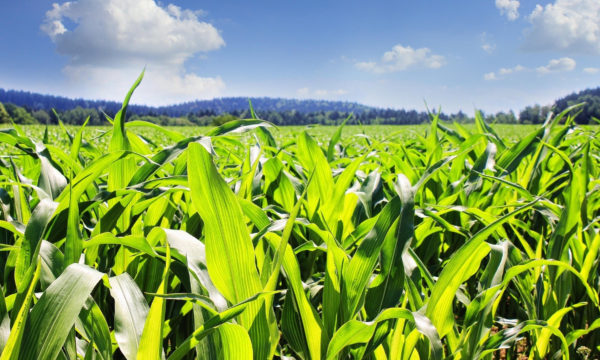 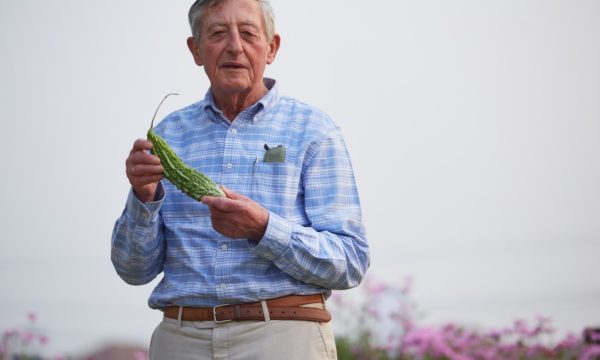