Sharing experiences of mitigating the impacts of Tuta absoluta

Climate change has emerged as one of the most important environmental, social and economic issues today – especially for South Asia, which is highly impacted by these changes. In light of this, an international conference on Biodiversity, Climate Change Assessment and Impacts on Livelihood (ICBCL) was convened in Kathmandu from 10-12 January 2017. The conference was opened by Bidhya Devi Bhandari, the President of Nepal, and saw participation from eminent scientists, policy makers and development workers across the agriculture sector in South Asia.
Plantwise was invited to showcase its work on climate change and Tuta absoluta in three developing regions – Asia, Africa and South America.  CABI and Nepal’s Plant Protection Directorate (responsible for Plantwise implementation in Nepal) highlighted their role in reporting, monitoring and disseminating information about the pest to farmers in Nepal. Since Tuta absoluta was first reported in Nepal in 2016, plant clinics have been aiding in both monitoring and management of the invasive pest. CABI staff also took the opportunity to raise awareness about the upcoming launch of CABI’s Invasive Species programme and highlighted the synergy between it and Plantwise as a holistic approach to address pests like Tuta absouta. The presentation was well received and Plantwise’s global approach to coordinate efforts against the spread of plant pests and diseases was widely recognised as particularly efficient.
For more information about Tuta absoluta, visit the Plantwise Knowledge Bank.
For more information about Plantwise in Nepal, visit the Plantwise website. 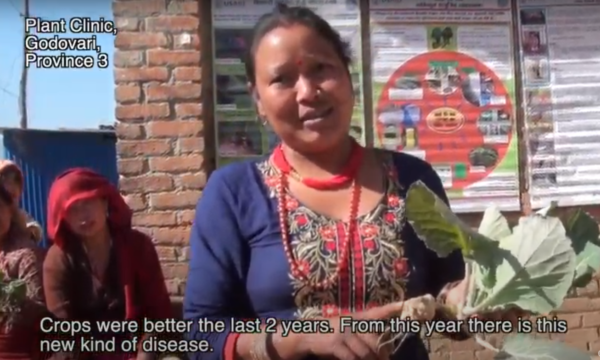