A greater role for educational animation in extension?

Computer animations are a rather special and exciting communication medium. For example, they can be used to illustrate the basic biology of pests and diseases and explain control measures. Animations are also an effective way to show changes that occur over a long time or at the landscape, watershed or even the global level. A combination of animation with spoken explanations can make such phenomena much easier to grasp. Being able to ‘see’ the phenomenon helps viewers imagine why individual or collaborative actions may be needed to address otherwise hidden problems. Animations can be stand-alone or incorporated into video sequences of the more easily filmed aspects of the topic in question. Furthermore, it is now increasingly feasible to share video animations widely, including directly to extension workers and farmers and to solicit feedback, using the internet and mobile phones.
Considerations such as these led the McKnight Foundation, through the Collaborative Crops Research Program (CCRP), to fund pilot production of some educational animations aimed at agricultural extension and farmers in Tanzania, Malawi and Mozambique.
One of the CCRP animations, describing the life-cycle of the common parasitic weed ‘Yellow Witchweed’ (Alectra vogelii), can be seen in English, Kiswahili and Chichewa versions. Another earlier animation connected with CCRP looks at mould (Aspergillus sp.) on groundnut. As the video zooms in on a mouldy groundnut, viewers discover that mould can spread unseen by airborne spores to invade groundnuts and contaminate them with aflatoxin. You can see all these animations on this link.
Crop damage by yellow witchweed and groundnut contamination with aflatoxin are examples of challenging problems where key aspects of host attack and damage are ‘hidden’ or ‘invisible’. The inability of our normal senses to perceive how such parasitic attack and contamination occur can hamper understanding, and can make recommended solutions seem ‘counter-intuitive’ from a user perspective.

These animations were therefore designed to make the invisible features of these parasites ‘visible’ by manipulating digital still pictures of the parasites and their hosts using 2D animation techniques. The productions resulted from collaboration between crop researchers at the commissioning research institutes[1], a computer animator, and myself (a biologist and former plant pathologist). Each video starts from the perspective of the ordinary observer, and then moves on to uncover aspects that cannot normally be seen, such as tiny spores or seeds, and details of life-cycles etc. A sample of farmers and extension staff tested the animations before finalisation. For more details on the design of these animations and on the importance of pretesting with a sample of intended users, see the article: ‘Making the invisible visible: Animations for smallholder farmers’. The witchweed animation was specifically designed to be shared electronically and be clearly visible on small mobile phone screens. This animation is now in the process of being disseminated in Tanzania and Malawi. Further CCRP animations on other topics such as rosette disease of groundnuts are under preparation.
If you find these animations useful in your work, in plant clinics or in other contexts, or have other experience and suggestions on use of animations in rural development, including linking with new ICTs, please post a comment.
[1] Agricultural Research Institute, Ilonga, Tanzania, and Bunda College of Agriculture, Lilongwe University of Agriculture and Natural Resources, Malawi.
Aflatoxin, Tanzania, animation, cowpea
Agriculture and International Development, Crop health, Plant Sciences

Cowpea is one of Africa’s most important cash crop, and has been found to detect larvae and reduce feeding damage (Image by Toby Hudson) A new study has unlocked the hidden ways in which important cash crops such as cowpea (Vigna unguiculata) tackle lo… 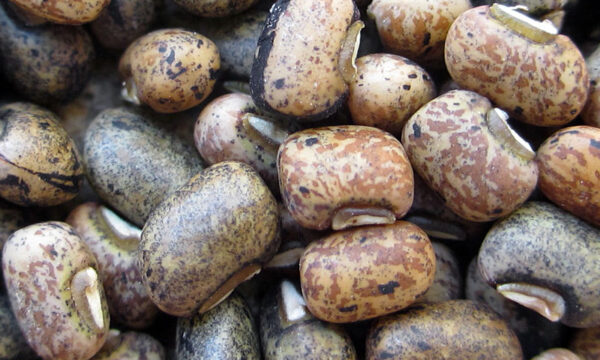