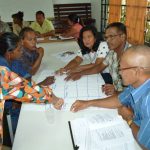 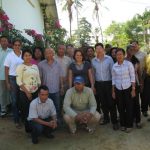 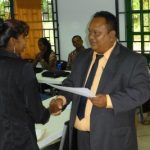 In May last year, discussions began with the Ministry of Agriculture Animal Husbandry and Fisheries (LVV) to start up a Plantwise programme in Suriname. By December, 22 plant doctors had completed Module 1 of the Plantwise ‘How to Become a Plant Doctor’ training course. In January 2014, a Partnership Statement and Partnership Agreement was signed by the Permanent Secretary Mr Gerrit Breinburg.

Module 2 of the plant doctor training (‘Giving Good Advice’) was recently conducted at the Wanica Extension Office in Houttuin, Suriname from the 7th to 9th May 2014. The training was led by CABI Associate Rob Harling with the kind assistance of the Head of Entomology, Ms Maitrie Jagroep, who assisted with the teaching and interpretation, and Country Coordinator for Suriname, Shamela Rambadan.

The 22 participants were mostly extension staff but also some research staff from seven districts in Suriname. The Acting Deputy Minister of Agriculture, Djoemadie Kasanmoesdiran, attended the closing ceremony and assisted with the distribution of certificates to the new plant doctors. Participants also received some equipment for their clinics.

Following the Module 1 and 2 training, two clinics will be set up initially in the districts of Wanica and Commerwijne. These clinics will operate twice per month in each location starting from July 2014. There are plans to open a total of 5 clinics in Suriname before the end of 2014.

In order for the data from the plant clinics to be collected in the local Dutch language, a Dutch version of the clinic prescription form has been developed in collaboration with the Plantwise Knowledge Bank team. Efforts are underway to source items for clinic setup, formulate a clinic schedule of operation, and identify a local printing company to have the prescription forms printed in Suriname.

To see Plantwise Factsheets for Farmers that have been written in Suriname and verified by local farmers, visit the Plantwise Knowledge Bank. 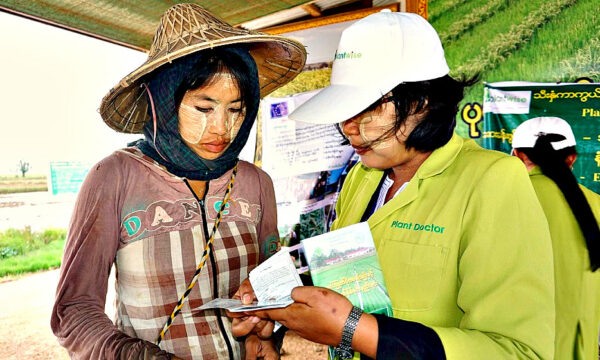