Transgenic Bt crops have been grown around the world since the 1990s and have contributed to increased yields by controlling agricultural pests. Due to the importance of this technology, there has been continuous study into the development of resistance to Bt crops and how best to avoid this happening. A recent investigation into the rapid spread of Bt resistance in South Africa has revealed one of the more surprising discoveries to date, that the maize stalk borer (Busseola fusca) has evolved Bt maize resistance inherited as a dominant trait for the first time. This has significant impacts on the management of Bt crops, as current methods for sustaining susceptibility rely on the recessive inheritance of Bt resistance.

The first report of the resistance of maize stalk borer to Bt maize was in 2007 but for the majority of Bt maize fields resistance is not a problem. Methods for delaying resistance have been successful, keeping levels of susceptibility high. The method currently in use is the “high dose/refuge” insect resistance management (IRM) strategy, where susceptible insects can survive and breed in non-Bt refuges. This method relies on resistance being conferred by a recessive gene, so that when a susceptible pest mates with a resistant pest, the offspring are susceptible (see table). The high dose part of the name refers to the level of toxin the plant is producing. The toxin level must be sufficiently high to kill the Rr offspring, because if two Rr individuals mate, a quarter of their offspring will be rr – resistant individuals.

However, this method may fall down when dealing with non-recessive resistance inheritance, like that observed in South Africa. The discovery of dominantly inherited resistance of the maize stalk borer to Bt maize has raised more questions and opened new areas for study. The closing paragraph of the Campagne et al. paper highlights the importance of employing IRM strategies that include cases of non-recessive resistance and the necessity to consider IRM and IPM (integrated pest management) strategies, such as parasitic wasps, together. It is also possible that in the shorter term farmers in South Africa may have to move from the single toxin Bt maize they have been growing, to a double toxin variety to keep stalk borer numbers down.

Bt maize explained
Bt maize is one of the most widely grown transgenic crops. The bacterium Bacillus thuringiensis (Bt) produces crystalline proteins (cry proteins) that are toxic to insects. These proteins have been used to control agricultural pests since the 1960s, when they were applied to the crops in a spray. Nowadays some crops are able to produce their own cry proteins as they have had the cry protein-producing gene from B. thuringiensis integrated into their own set of genes. Bt crops are popular with many farmers as they require less pesticide, resulting in economic, health and environmental benefits.
To find out more about Bt crops visit Nature’s website.

This article was originally published on the CABI BioProtection Portal blog. Visit the original blog post here. Improving pest management in agroforestry on sloping land with the Ministry of Land and Environment Protection and Institute of Forest Prote… 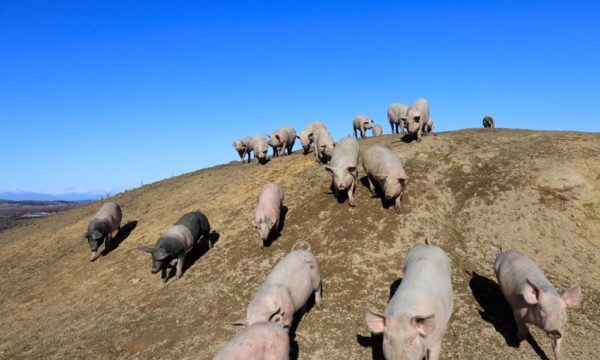