Armyworms in Zambia are threatening food security by reducing crop yields. This was the message from former Agriculture Minister Eustarkio Kazong, speaking in an interview for Zambian radio station, QFM. Armyworms are attacking crops, causing major damage to maize, cassava, sorghum and rice. In Kabwe, the capital of the Central Province where the first cases were reported, armyworms have already been reported to have destroyed 6500 hectares of maize crop. Despite measures to prevent the spread, cases of armyworms have today been confirmed in 5 of the country’s 10 provinces. Farmers in the remaining provinces have been advised to take precautions as the pest could spread to the whole country.

The government are helping farmers to spray their fields in an effort to contain the armyworms. Insecticides are being distributed, and Ministry of Agriculture technicians have been out helping to spray the crops. However, reports have now suggested that the free supply of cypermethrin, the chemical that has been sent out, has run out in Kabwe. Farmers therefore have to buy the insecticides themselves while they wait for further supplies from the government.

There have been calls from the Zambia National Farmers Union (ZNFU) for more investment into the research and early warning systems in order to prevent severe outbreaks in the future. The ZNFU, alongside the National Agriculture and Information Services, have also been sensitising farmers about the outbreak.

The armyworm found in Zambia has a velvety black back, a greenish yellow underside and pale stripes down its side. They are an important pest due to the number of food crop hosts and the levels of devastation they can cause, which is why the ZNFU is keen to prompt armyworm research.

Experts are currently visiting different fields, assessing the damage caused by the pest and monitoring the spraying process. It remains to be seen how effective the control methods are in Zambia. In the meantime, maize farmers have been advised to start re-planting their fields with early-maturing seeds. 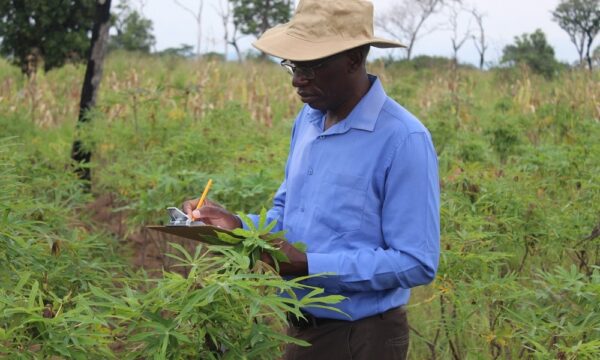