Discovery of genes for resistance to black Sigatoka in bananas

Researchers at Equador’s Biotechnology Research Centre (CIBE) have isolated the genes that are responsible for conferring resistance to black Sigatoka in the naturally resistant banana variety Musa Calcutta-4. Scientists have now been able to develop a protocol for the genetic transformation of banana cultivars Williams and Orito as well as the plantain cultivars Barraganete and Dominico. This involved creating the embryonic cell suspensions needed to complete these transformations. Black Sigatoka is caused by the fungus Mycosphaerella fijiensis, which affects the leaves of banana plants, leaving them discoloured and wilting.

The first sign of infection is small brown specks on the leaves. Depending on the inoculum pressure, the symptoms can develop so far that the entirety of the leaf becomes black. It is possible, for plants with high disease pressure, to be left with no viable leaves at all at the time of harvest. Black Sigatoka has been found in all major banana-growing regions, including the top banana producing country, India. It can reduce the yield of banana crops considerably, which has led many farmers to convert their plantations, opting to grow crops such as cacao instead.

It is hoped this new discovery will lead to the development of resistant varieties that still retain locally adapted traits. This has come at a good time for Ecuadorian banana growers, who have faced a tough year. Adverse weather coupled with black Sigatoka meant that yields for the first quarter of 2012 were lower than that for 2011. Meanwhile, the price of bananas was falling and farmers were struggling on this reduced income. This led the Ecuadorian government to step in, offering smallholder farms free treatment sprays to reduce the impact of black Sigatoka. Some farmers, however, had to wait months for the spray and were worried help may never arrive.

New varieties, developed to contain resistant genes, are hoped to produce higher yields, benefitting the farmer. Moreover, the addition of resistant genes will reduce the fungicides that are currently required, saving the farmers money, easing stress on the environment and reducing the risk of agrochemical poisoning to workers.

India is the world’s largest producer of cotton. It is one of the country’s major cash crops with nearly 6 million farmers making a living from growing cotton. The Better Cotton Initiative helps make cotton farming a more climate-resilient, environment… 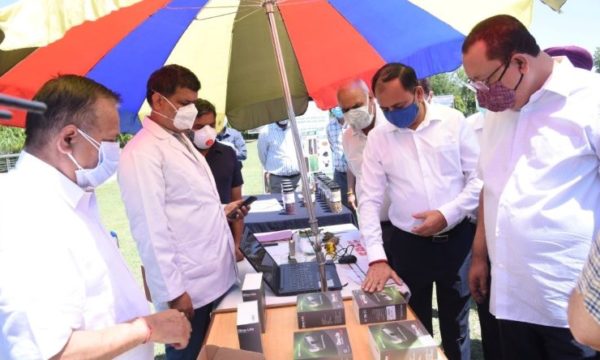