Google’s first artificial intelligence (AI) lab in Africa has opened in Accra, Ghana. The tech giant aims to support researchers with the tools and environment necessary to develop AI products to solve numerous problems faced across the continent within the agriculture sector.

The majority of AI experts and organisations are based in North America, Europe and Asia, with little activity and representation within Africa itself. This is one of the goals of this recent Google development. The ideology behind this is that a lack of representation could hinder the awareness of the continent’s issues as well as result in fewer opportunities for both the development of an AI industry in Africa and the application of AI tools to solve such issues.

Nyalleng Moorosi, a software engineer at the Accra centre works to make AI more diverse. He believes that if more Africans were involved in the data gathering process then there would be a more accurate representation of users. By having a diverse team working on algorithms of a tool or product, it is more likely to be well received by a wider audience on a global scale.

“AI is a critical tool used today to accelerate all sorts of sciences – in physics, chemistry and engineering. But most of the people working and advancing the science and development are based in western countries. It’s important that such an important field can address the diversity of problems that the world faces today, and that Africa is accurately represented,” said Moustapha Cisse, the lead research scientist to head the Google AI centre in Ghana.

One of the leading areas of research for the centre is within agriculture, with researchers and engineers gathering to develop solutions, starting with how smallholder farmers can address the basic issues that they face.

“The AI centre in Accra is also making use of AI to improve health care – not just the health of human beings but also that of plants. This is sometimes a matter of food security because in certain regions, you have crop diseases that can cause food security problems. We have people who are working on improving the diagnosis of various crop diseases,” said Cisse.

An important feature of this new development is that the lab will work directly with researchers from African universities, provide grants to students and academics interested in the AI field, and support PhD scholarships. This will promote the future development of a new generation of AI scientists and developers within the continent. Moustapha Cisse recently organised the African Masters of Machine Intelligence degree programme, sponsored by Google and Facebook, in which 30 students and 30 global experts will come together at the African Institute of Mathematical Sciences in Kigali, Rwanda.

For the AI industry in Africa to succeed, there are two major challenges that will need to be overcome. Firstly, the majority of western AI developments are designed to be implemented on powerful machines and mobile devices which, realistically for the majority of African citizens (especially smallholder farmers) who use simpler mobile devices or live in remote areas with limited internet access, poses an unrealistic future for such developments. Secondly, any AI development within Africa will need to have the capability to translate over 2000 language spoken across the continent.

“Linguistically, Africa is the most diverse place. It would be nice if people could communicate beyond these language barriers. Many Africans speak up to three languages, but if we had machines that can speak hundreds, imagine who would be able to speak to the 2.4 billion people projected to be living on the continent in the next 30 years,” said Cisse. 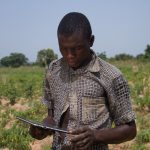 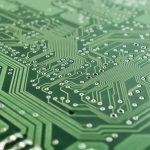 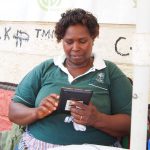 AI and machine learning have the potential to greatly improve many of the world’s issues and limitations, more so if the industry is well represented in the development of new technologies and applications. As Google leads the way for such technological development in Africa, financial resources are becoming increasingly available. In 2018, venture capitalists provided US$560 million into tech start-ups across the continent, with Google itself supporting more than 60 through the Launchpad Accelerator Africa programme.

An important step in supporting the future of AI in Africa is the development of a road map to assemble further financial and human resources, included what has been termed a ‘pan-African AI fund’ to support such efforts. A good example of this would be the augmentation of AI institutes to collect and retain knowledge, technologies and talent across the continent. Such networks could in turn support policymakers and governments, and provide a useful collaborative tool for the private sector.

For those who are wary of AI in terms of practical applications and the human tendencies to misuse systems, legal frameworks are emerging to guide the future of AI and prevent such negative applications. In April 2019, the European Commission produced ‘an approach to setting ethical guidelines for AI’, with Google itself publishing a set of governing standards in June 2018 to support its AI research globally.

If you would like to read further on this subject, please see the links below: 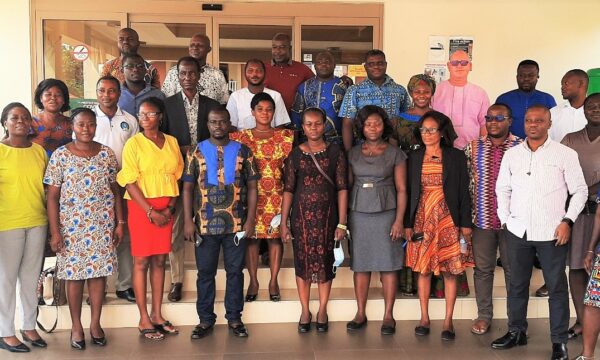