By Matthew Hill and Taonga Clifford Mitimingi. Reblogged from Bloomberg Markets.
Zambia must intensify its fight against an outbreak of armyworms that’s wiping out fields of the staple corn crop, posing a threat to the southern African nation’s food security, Vice President Inonge Wina said. 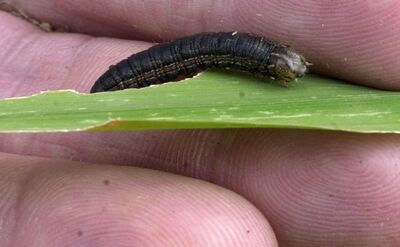 “They are posing a big threat to food security in the country,” she said in remarks broadcast Monday on Hot FM radio in Lusaka, the capital. “They have come with such a force of mass destruction that has to be faced head on. We need to put more effort into eradicating the worms.”
The black-striped caterpillars can appear between December and May, as armies of the pest spanning miles and as dense as 1,100 per square meter (10.8 square feet) march through fields, destroying entire crops. Armyworms and other pests had already attacked at least half of the country’s 10 provinces by last week, according to the Zambia National Farmers’ Union. Agriculture makes up almost 10 percent of the economy, and about half of all employed people work on farms, mainly growing corn.
Crop damage in the Copperbelt province has reached particularly alarming levels, the farmers’ group said in reply to e-mailed questions. Some districts there have fallen victim to not only armyworms, but stalk borers and boll worms too. About 90,000 hectares have been affected so far, according to the government’s Disaster Management and Mitigation Unit.

“Some maize fields have actually been completely wiped out,” the ZNFU said in reply to e-mailed questions on Dec. 30. “Urgent and concerted efforts are required to keep the worms attack under control.”
Zambian President Edgar Lungu last week directed the air force to help airlift pesticides to fight the outbreak, the country’s first major attack since 2012, when armyworms cut the corn harvest by 11 percent. The nation was the only one in southern Africa to produce a corn surplus last year as drought shriveled crops in its neighbors.
While the government fights the pest with chemicals, Minister of National Guidance and Religious Affairs Godfridah Sumaili called on Zambians to seek divine intervention against the worms, state-owned ZNBC reported on its website Tuesday.
The government must quickly buy early-maturing corn seeds so farmers whose crops have been destroyed can replant, Lungu said in an e-mailed statement on Tuesday.
Zambia’s corn output last year climbed 9.7 percent to 2.87 million metric tons. Prices for the cereal that is ground and cooked with water to make a thick porridge eaten with meat or fish rose by 20 percent in December compared to 12 months earlier, according to the statistics office.
This article was originally published on Bloomberg Markets. Read the original article→

Conservation farming has been promoted in sub-Saharan Africa as a way to potentially improve yields while conserving the environment. Farmer livelihoods are increasingly threatened by climate change, declining soil fertility, land degradation, pests, a… 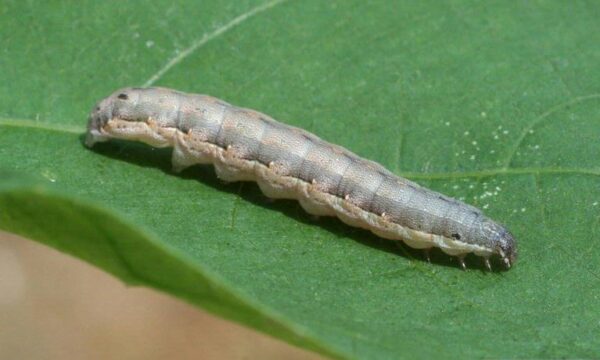 “With the Plantwise Factsheets Library app, I am complete”