A female oriental fruit fly laying her eggs into a Papaya. (ARS, USDA)

A new system has been developed in Taiwan which uses Artificial Intelligence (AI) in the monitoring of the oriental fruit fly (Bactrocera dorsalis). The system uses infrared beams to detect the number of flies present in the area, in order to predict impending outbreaks. It is hoped that this system will reduce the need for the drastic action seen in California recently, which saw an emergency alert issued after 13 insects were spotted in the state. This prompted insecticide to be sprayed on affected crops and could lead to large areas of farmland being quarantined to avoid the spread of the pest.

The monitoring of the oriental fruit fly is traditionally done using traps which are checked manually every 10 days. The new system employs infrared technology to monitor how many flies enter the trap by recording the number of breaks in the beams. This information is sent to local stations every half hour, creating a continuous data collection. This data is then pooled by algorithms which can predict when a population is expected to explode. When an imminent infestation is detected by the system, a text message is sent to government members with details of the situation so that its severity can be gauged.

It is the larvae of the oriental fruit fly which cause the destructive rotting of fruit in 230 different crop species. The insect is considered a major pest in south-east Asia due to its high dispersal capacity, broad host range, rapid reproduction and large potential impact on crop yields. Due to the illegal importation of fruits, this species has now spread to Hawaii, California and Florida and is expected to reach even further due to the current changes in climate. Climate has a significant effect on the levels of insects seen, with the number of flies increasing with increasing humidity. Therefore the environmental conditions, along with the area’s normal level of fruit flies and the time of year, are also recorded by the AI traps and included in the algorithms.

A recent study tested the accuracy of this system using historical data. It was found that the AI traps were successful in predicting an outbreak 88% of the time. Cheng-Long Chuang, who contributed to this research, believes this system could reduce the crop losses due to oriental fruit flies by 50%. It is also hoped that it will benefit farmers directly by reducing the amount of pesticide used and allowing them to monitor crop pests without manually checking traps.

240 of the traps, which were part-funded by the Taiwanese government, have already been implemented across Taiwan and it is hoped that this technology will be used elsewhere to minimise the need for sudden, strict action, like that necessary in California last month.

Factsheet of the month: May 2015 – Tolerant bean varieties against stem maggots

The saying “prevention is better than cure” is no more true than when applied to agriculture. Taking precautionary measures against common pests can increase farmer income by investing a small amount of money into minimising crop losses, ensuring a hig… 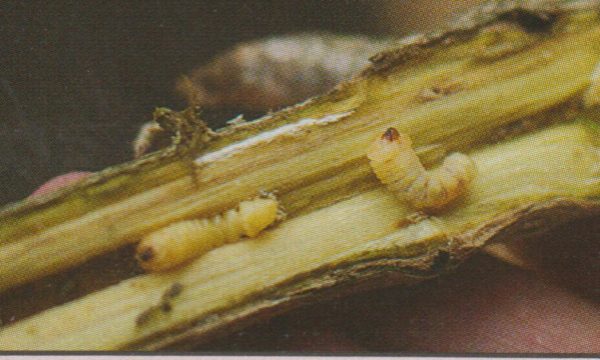 Factsheet of the month: December – Management of white stem borer of coffee

Factsheet of the month: November – Brown planthopper of rice

California on alert against citrus psyllid