Since 2012, the Plantwise Afghanistan team, including Muhammad Faheem as Country Coordinator, Dr Babar Ehsan Bajwa as Regional Director for CABI Central and West Asia and Julien Lamontagne-Godwin as European Support Staff from the CABI UK centre, has been increasingly involved in the agricultural development of the country. As the programme has gone from strength to strength, it has not only grown its clinic network, but also engaged regularly with the various stakeholders involved in the country’s agricultural system.

The National Forum is one of the many stakeholder engagement tools at the programme’s disposal, and it was used to full effect in March 2014.

The yearly National Forum was held in the offices of the Plant Protection and Quarantine Directorate (PPQD), and chaired by The Deputy Minister of Agriculture and Livestock and Regional Director of CABI. The meeting gathered more than 40 officials from provincial, national, international and non-government organisations; its main objective was to capture the imagination of the agricultural hierarchy by demonstrating its achievements to date and future role in the agricultural development of the country.

Of particular importance was the involvement of some provincial directors of Departments of Agriculture, Irrigation and livestock (DAIL), who are key decision makers regarding the implementation of the clinics in their provinces. In fact, the DAIL director for Parwan province was so enthused by the concept that he ordered 6 of his staff to attend the plant doctor training that was being held the following week. As of now, 5 clinics exist in this province. At the end, most of the participants appreciated and encouraged the expansion of CABI‘s innovative Plantwise program in Afghanistan.

Plantwise  already has a partnership agreement with:

–       Ministry of Agriculture, Irrigation and Livestock (MAIL) and PPQD for national level coordination of programme

–       PPQD departments of Extension, Research and Baghlan and Bamyan universities for development of technical reference materials

Clinics are now running in 7 of the 34 Afghani provinces. Clinics were originally held in the provinces of Bamyan and Parwan in 2012, and extended thereafter to the Baghlan and Kabul provinces in 2013. Clinics have since been organised to be run in Herat, Nangarhar and Takhar after 34 plant doctors were trained in early 2014. They will be manned by the 87 plant doctors trained to run them. These plant doctors will also have access to a plant doctor toolkit that contains over 40 documents of technical reference material developed in Plantwise trainings by Afghani agricultural specialists.

Clinics have so far yielded good results with over 1800 farming queries registered by plant doctors in 2012-2013 combined. In 2014 alone, the number of queries is predicted to be significantly increased.

The National Forum has increased our visibility within the Afghani agricultural system, and ensured we will be seen as a serious organisation capable of sustainable enterprises within Afghanistan. The inauguration of the CABI office in Kabul’s PPQD headquarters and CABI’s official registration as an international organisation working in Afghanistan will develop work partnerships further. 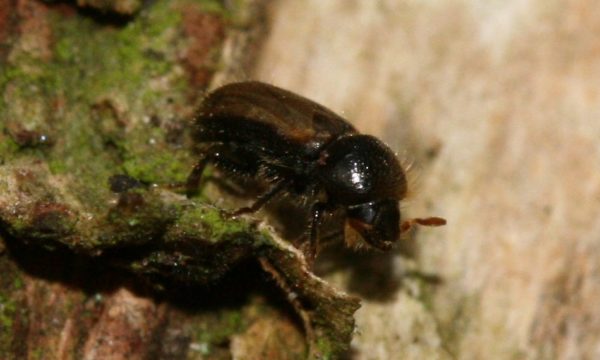 Training on biocontrol gives confidence to plant doctors from India