A blog by Léna Durocher-Granger and Rachel Hill

On 4th May we attended the Oxford Food Security Forum’s Annual Conference. The conference aimed to address some of the topics in food security research that have become excluded or marginalised.

Lord Krebs from Oxford University was a keynote speaker at the conference. Krebs started off the conference with an introduction to global food insecurity and addressed some of the major issues, challenges and some solutions behind feeding a population of 9.6 billion in 2050. These included population growth and the changing trends in consumption. Between 1960-2000, the population doubled. The Green Revolution allowed food production to keep pace with population growth. However, we are now seeing the impacts the Green Revolution and modernised agriculture is having on the environment, biodiversity and energy resources. There is now need for a ‘Doubly Green Revolution’ in order to synergistically feed the growing population, use less energy and reduce negative impacts on the environment. Krebs also highlighted the impact of producing meat on our climate. Future projections in consumption patterns suggest that with an increase in prosperity- particularly in developing countries such as India- we will see an increase in the consumption of meat. The production of meat requires significantly more land, energy and water per calorie than vegetables or cereals and also produces vast amounts of greenhouse gas emissions. This is therefore an unsustainable source of food. Modern agriculture now faces many challenges to sustainably produce food for 9.6 billion in 2050 in a backdrop of climate change. Krebs suggested that behavioural changes in the consumption of food we eat plays a key role along with addressing marginalised issues and including marginalised groups in helping to provide food security.

One of the speakers on the ‘Critical Perspectives on Food Security Paradigm’ panel, Lauren Blake had carried out ethnographic research on malnutrition in rural Guatemala as part of her Masters project. The issues behind nutritional deficiencies and gender inequality in rural Guatemalan villages were addressed. Lauren explained that food preparation in Guatemala is highly gendered. It is the women’s responsibility to prepare food and manage the nutritional supply for the family. The men on the other hand would not be seen to take an interest in the preparation of food as this role was purely done by the women. Tortillas are a major staple in these communities and often, much of the diet is comprised of tortillas and beans leading to many nutritional deficiencies. Lauren identified that gender inequality in these machistic communities was a key factor in the under-nutrition of rural Guatemalan children. Many men did not allow their wives to attend regular cookery and nutrition classes and to introduce new and more diversified foods into their diets.

Marika Mura gave a talk on Food insecurity in Tanzania on the “Alternative Livelihoods for Food Security” panel. She addressed how farmers strive towards an uncertain future and highlighted the issue of small-scale farmers producing the majority of the food worldwide but being the most vulnerable and food insecure people. Tanzanian farmers cannot rely on agriculture as it is considered a non-profitable activity mostly due to unreliable weather and a lack of inputs. Moreover the reciprocal distrust between farmers and government resulted in a static agricultural model since 1970 and rural depopulation from the farmers to find better opportunities in cities.

Part of the “Marginalized Issues and Marginalized People” panel, Charlotte LR Payne gave an interesting talk about the traditional practice of collecting and eating insects in rural central Japan. Results of this study showed that traditionally, the elders in Japan are still collecting and rearing wasps and hornets for their own diet or sharing with family and friends, but this has been lost in the following generations. In some countries as Zimbabwe and Democratic Republic of Congo, edible insects are an economically and environmentally preferable alternative to traditional livestock by producing higher yield (for 10 kg of feed; 9 kg of yield for insects and 1 kg for cows), using less land and producing less greenhouse gas emissions than cows.

In summary, the 3rd Oxford Food Security Forum gave us a good overview of the issues, perspectives, solutions and challenges that our generation and the next ones will have to face to feed 9.6 billion people with less lands and resources. During this day, we had the opportunity to meet and listen to dynamic students from many regions, ready to find solutions and make a difference, however small!

A new study has shed light on how integrating hot water treatment with biocontrol agents can reduce post-harvest crop losses without the need for chemical treatments (© Pexels) From recent FAO studies, it has been found that over half of the world’s fr… 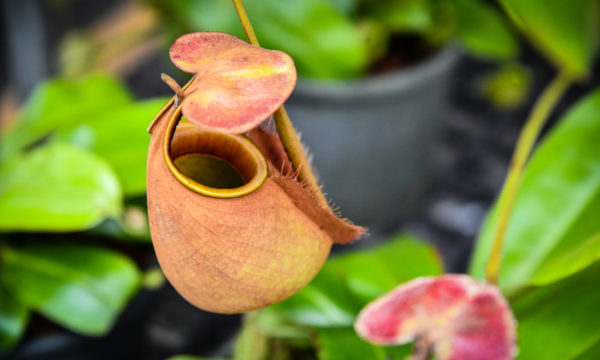